How Christians Who Refuse To Discriminate Are In Disobedience To God 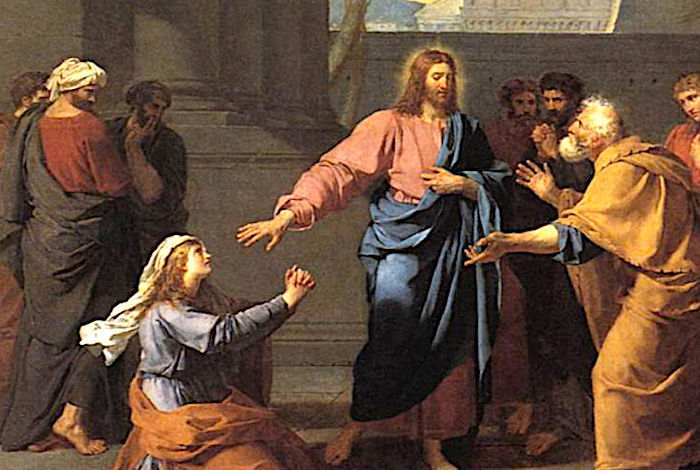 For your consideration we present Bertrand Comparet’s essay, God Discriminates — which is just as relevant today as it was when he wrote it in the turbulent 1960s when the so-called “Civil Rights Movement” was imposed on Christian America.

Contrary to how it is portrayed in the history books, this “Civil Rights” movement was not a popular, spontaneous “grassroots” ground swelling — but rather a calculated, un-constitutional edict of the Radical Left which had usurped control of America in a coup d’etat with the assassination of President Kennedy — the exact same modus operandi they used in the Bolshevik Revolution with their assassination of Czar Nicholas and his family.

And the first edict handed down by the Bolsheviks was the prohibition against “discrimination” — which became literally a capital offense.  These nation-wreckers repeated this same edict in America, declaring any form of discrimination not only “un-American” but especially “un-Christian”.   And all mainstream judeo-Christian churches immediately fell into lock-step with the Radical Left — and “discrimination” was elevated to the status of a mortal sin — in complete contradiction to Scripture, as Comparet demonstrates.

While the well-publicized “Counter Culture Revolution” promoted drugs, sexual license, race mixing, and New Age eastern mysticism — a parallel revolution was subverting Christianity — where the persona of Christ took on the “values” of that Bolshevik counter culture.  This new, “improved” hippy Jesus was popularized in the play and movie, “Godspell” which was co-written by a Episcopalian homosexual and an atheist Jew.

Fifty years later, this hippy Jesus has taken these non-discrimination doctrines far beyond race — to the point that mainstream “conservative” churches are now presiding over gay weddings and transsexual baptisms — and even pedophiles are defended as “God’s children” too.

Christians who discriminate against anyone — regardless of their sin — are now denounced as “bigots” and “haters” and, of course, “White supremacists”– by their own congregations — with no end in sight.

The audio version of Comparet’s essay can be found at the end of our transcription.

Part of the campaign of brainwashing to which the American public is being subjected is a huge and well -financed effort to make us believe that all discrimination is bad.  Those of us whose memory reaches back 30 years or more will recall that the ability to discriminate between things of different value or utility was then recognized as the most essential part of intelligence.

Those who were too dull to see differences where they exist were considered stupid.  How does it happen that the subsidized press, and radio and television commentators now so bitterly denounce all who have the intelligence to discriminate?  They even try to make us believe that discrimination is un-Christian.  Since all of the devil’s doctrines are now being preached by somebody under the false pretense of “Christianity,” let us examine the only source from which we can determine God’s own position on the subject of discrimination — that is, the Bible. 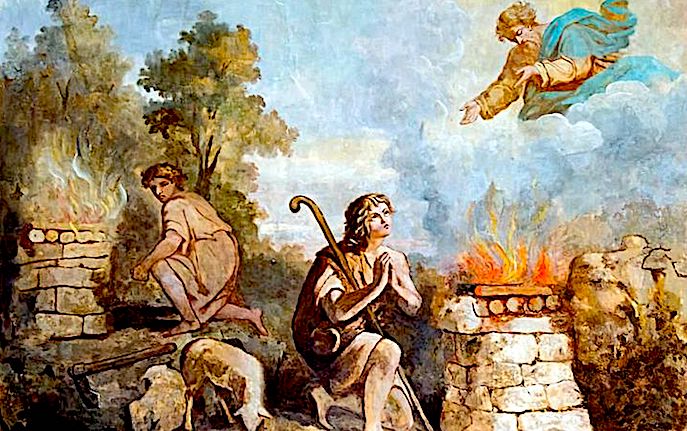 What’s this?  When the governor hears about this, how the fur will fly!

But that’s only the beginning.  In Genesis 5, verses 3 and 4, it describes Adam’s family, yet it mentions by name only one of his children — Seth — and barely notices the existence of the others.  Discrimination?  Yes, indeed — right on down through verse 31, this chapter notes the existence of each succeeding generation, yet it approves only one in each generation enough to give his name.

This brings us to Noah — and in Genesis 6, verses 17 and 18, we find that God Himself discriminated in favor of Noah and his family and against all the other people living in that land.  God saw a difference between them?  Of course — but today we are told that we must pretend that there is no difference between the races even when we clearly know that this pretense is a complete falsehood.

Follow on down through Genesis — and we find that God discriminated in favor of one and against others in every generation down to Abraham.  Among Abraham’s children, God discriminated in favor of Isaac and against Ishmael.  Among Isaac’s children, God again favored Jacob over Esau, making Jacob the father of God’s people and changing his name to Israel, while Esau and his descendants were cursed with God’s indignation forever. 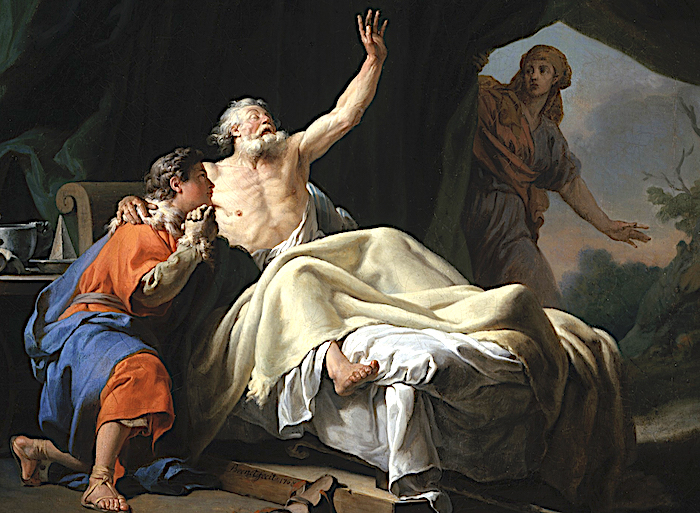 Likewise, God favored Joseph over all his eleven brothers — and again God discriminated in favor of the Israelites and against the Egyptians.  “How awful,” say our modern liberals — “Why, this is racism.”  Yes, frankly, it is — and it’s God’s own choice at that.  God has certainly lost the “minority group” vote and been expelled from the Democratic Party, but I am grateful to Him for setting an example which we can follow.

But some people have been misled by their churches into the belief that the Old Testament is only a record of God’s mistakes and failures — and that He had to abandon all this and make a new start in the New Testament, which changed everything.  No greater falsehood was ever taught.  God was right the first time — and all the time.

No doubt many of you have heard many preachers say that discrimination is “un-Christian”.  Let’s look into this.  Who is the supreme authority on what is Christian?  It cannot be anyone except Jesus Christ Himself.  No one can tell me that Jesus Christ was un-Christian.

Fortunately, Jesus Christ never used any of the weasel-worded evasions which are considered polite today.  He always fearlessly spoke the exact truth — in words too plain to be mistaken.  All the Gospels record that — among the Jews — Jesus Christ spoke His teachings in parables which they could not understand.  Later, He explained these parables to His disciples in private.  At least three of the Gospels record that Jesus explained to His disciples why He took such pains to keep the Jews from understanding Him.  In Mark 4, verses 11 to 21, we read,

And He said unto them, Unto you it is given to know the mysteries of the Kingdom of God: but unto them that are without, all these things are done in parables: That seeing, they may see and not perceive; and hearing, they may hear and not understand: Lest at any time they should be converted and their sins should be forgiven them.

Now that’s real discrimination — how could you make it any stronger?

But that is not all — both Matthew 15, verses 22 to 28, and Mark 7, verses 25 to 30, record that when a Canaanite woman asked Jesus Christ to drive the demon out of her daughter, He replied that it was not proper to take the children’s bread and cast it to the dogs.  Not until she acknowledged that the children of God — the true Israelites — must first receive His gifts — and through them the Kingdom of God would be brought to the other races — not until then did He consent to heal her daughter. 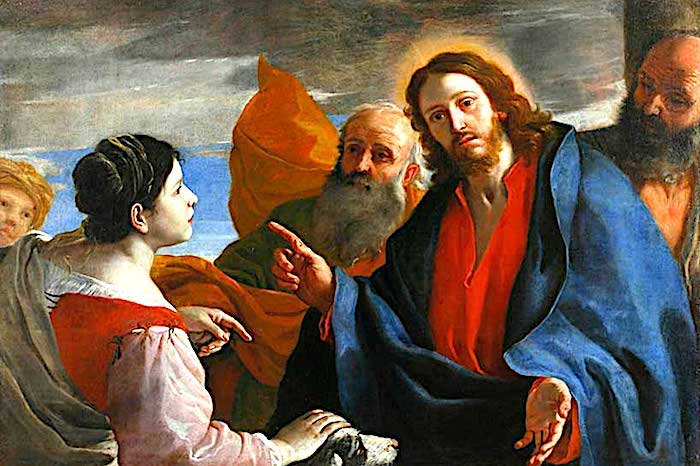 Discrimination?  Yes, indeed.  Racism?  Certainly — but who dares to call Jesus Christ un-Christian?  Yes, I think that some of the liberal and modernist preachers would actually say that — but this only shows clearly how much Satanism is falsely masquerading as Christianity today.

But this discrimination becomes even stronger.  In Matthew 7, verse 6, Jesus Christ warns all His followers,

Give not that which is holy unto the dogs, neither cast ye your pearls before swine, lest they trample them under their feet and turn again and rend you.

Certainly everyone knows that Jesus Christ was not so foolish as to think that His disciples were going into the barnyard and start preaching to the four-legged animals there.  When He spoke of “dogs” and “swine” He was speaking of the two-legged varieties. Discrimination between races?  Certainly.  But we haven’t had sense enough to believe Him and obey Him.

We have given that which is holy — our Christian religion — unto the dogs in Africa and Asia.  And today, those missionaries who did not escape in time have been eaten in Africa or are slowly dying in Red Chinese prisons. The precious pearls which God gave to us — the inventive skill He placed in our minds — the high civilization which enables us to produce great abundance of every useful product — these we have cast before the swine of the earth — and they now trample under their feet the peaceful prosperity we tried to give them — and they use our science, our machines, even the surplus food we ship to them as weapons with which to destroy us.

Yes, I know how the minority groups and the mongrelizers are raging against what I am saying — but it is time that God’s truth be told before it is too late.  Jesus Christ warned us to discriminate between races — just as He discriminated.

In His last talk with His disciples — in the fourteen through seventeenth chapters of John — Jesus Christ said that He would send them the Holy Spirit — the Spirit of Truth — whom the nations of the world order cannot receive because they do not see Him or know Him. Jesus said that He prayed only for those who were His — and not for those of the world’s system.

Jesus Christ knew the folly and falsehood of pretending that all people and all races are alike or equal.  He knew that every sacrifice of truth on the polluted altar of expediency and politics brings its terrible penalty in national and racial degradation — which only their destruction has ever succeeded in cleansing.

All history is a vast junkyard of the wreckage of empires which ignored this lesson — and in consequence thereof — perished.

Several times in our past history we were on this path to destruction — and we were only saved by the direct intervention of God.

Today, we have allowed corrupt leaders to take us so far into this shadow of death that again only the promised intervention of God can now save us.  We have His promise to do so — and we can always rely on Him to keep His word.