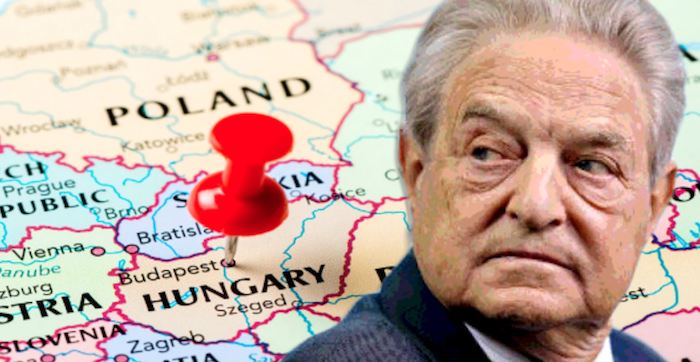 “The main ruse of all Soros-funded NGOs is constant litigation. Today, most illegal immigrants enter countries in the EU legally but overstay or violate whatever visa they may have obtained.

When the illegals get detained waiting for a deportation trial, lawyers employed by NGOs funded by billionaire George Soros, have unlimited funds to plead for their release.

The litigation overcrowds detention centers, because the longer the deportation legal process takes, the fewer deportations can be carried out.

If the detention center overflows, the authorities have no other option but to let the low-risk migrants back into the population where they disappear. This is called catch-and-release, done to prevent the system from becoming overburdened.”

“The genius solution of the Viktor Orbán government to this particular problem, is that the border fence is not actually on the border. It is situated a few meters from it. So there is a strip of land which is legally Hungary, before the migrants hit the fence…”

Comment:
Jewish bureaucracies like the European Union will ultimately collapse under their own weight and internal contradictions–along with the fact that whites have never accepted rulership of a hostile non-white elite for very long–the Soviet Union is a perfect example.

We should applaud these seemingly small victories–as they drive our great adversary crazy–and prove his vulnerability.