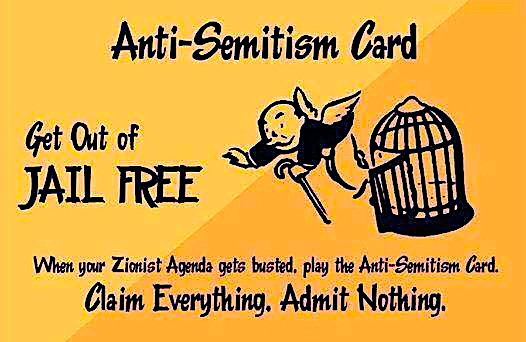 The formal study of lying — especially pathological lying — has become a serious academic field of its own, and many of the so-called “Holocaust survivors” would fulfill all four criteria that researchers use to determine if someone is a habitual liar — whether knowingly or not:

The iconoclastic social philosopher Friedrich Nietzsche (1844-1900), in his book Beyond Good and Evil, made a pithy observation about lying and how it affects relationships: “Not that you lied to me, but that I no longer believe you, has shaken me.”

But how are we to discern lies from truth? We all imagine ourselves to be good judges of character, and sincerely believe that we can tell when someone is not being truthful. But too often we are proven wrong.

In the early 1890s, the pioneering German psychiatrist Anton Delbrück (1862-1944) identified a mental condition that he referred to as “pathological lying,” in which a person habitually or compulsively lies.

Although it is not uncommon for people to fib to get themselves out of difficult situations, or to avoid embarrassing others, pathological liars consistently and needlessly tell untruths that are elaborate and fanciful, although their lies do not necessarily breach the limits of credibility.

Often painting themselves as either heroes or victims, pathological liars can be very convincing — usually because they have come to believe the web of lies they have constructed, and are incapable of distinguishing fact from fiction.

Lying, even pathological lying, is much more common than we are comfortable admitting. Tim Levine is the Distinguished Professor and Chair of the Department of Communication Studies at Alabama University, and has assiduously studied lying and deception for almost 25 years. According to him there are four principal reasons that cause people to lie: to cover up a mistake or transgression, financial gain, personal gain, or to get out of difficult situations.

His studies have shown that almost 50% of people tell up to five lies a day. He also notes that most of the commonly held views regarding liars are, ironically, untrue. “Almost everywhere people say that liars won’t look you in the eye when they’re lying, but there is absolutely no evidence to support that.”

…This question perfectly highlights the difference between ordinary lies and pathological lies. If a person’s motivation is only to mislead those he is lying to, they know they are lying. But when a liar believes their falsehood to be the essence of truth, it’s a whole different ballgame.

…One of the most frightening aspects of the modern era is the prevalence of pathological lies brazenly touted as fact. Sadly, this phenomenon has gotten progressively worse, resulting in a situation where even unimpeachable truths are doubted. Traditional Jewish sources describe the material world as the “domain of falsehood.”

Perhaps there was a time when the world was merely false. Tragically, today, it has evolved into a “domain of pathological falsehood,” which means that our quest for the real truth must be more determined than ever.

Holocaust survivors — and the Jewish cultural power structure that enables them — exhibit all four criteria listed here to explain why people lie — often pathologically — and all survivors portray themselves as both heroes and the ultimate victims, just as the research suggests.

First, To Cover Up Mistakes or Moral Transgressions:

We know, according official documents declassified from the British Ministry of Information that the Holocaust narrative was created to distract the public from the mass genocide perpetrated by the Jewish Bolsheviks in Soviet Russia where 60 million White Christians were murdered.

The next major crime committed by Jewry was the establishment of the state of Israel and the forcible displacement of the Palestinian Arabs who occupied that land.  While hundreds of thousands of Arab lives have been lost in this ongoing land grab, the Israelis always invoke the Holocaust as a way of exonerating themselves of  this crime against humanity.

The Holocaust has become a multi-billion dollar industry which generates reparation payments leveraged from Germany, but also from many other European nations for alleged “complicity”.  No only that, Hollywood movies and television shows devoted to the Holocaust have also generated billions for their Jewish creators.  Tens of thousands of Jews work full-time in this Holocaust industry — in museums, attorneys, government employees, non-profits, “Nazi” hunters, psychologists, etc.  Norman Finkelstein explains this lucrative industry in his book, The Holocaust Industry: Reflections on the Exploitation of Jewish Suffering.

Individual “survivors” are coddled by this Holocaust Industrial Complex — receiving generous book contracts for their “memoirs”, along with all-expense-paid book tours, and lectures at schools and prestigious universities which confer honorary degrees on these “witnesses”.  And if their memoirs are optioned for major Hollywood movies, they could make millions.  And for older people, being a Holocaust survivor means you get a lot of attention and money instead of — like most old people — wasting away alone in a nursing home watching television.  Not only that, studies show that Holocaust survivors actually live longer than those who didn’t directly experience the “Holocaust”.

Fourth, Get Out Of Difficult Situations:

How many times have we read stories of Jews who have gotten caught engaging in all sorts of crimes and malfeasance — and they invariably invoke the Holocaust as an excuse — that they or their parent or grandparent is/was a “Holocaust survivor”?  How often do we hear the state of Israel defend itself against charges of genocide against the Palestinians by bringing up the Holocaust?

As Dr. Timothy Levine, the above-mentioned “expert” on lying observes, by default people naturally tend to believe others — they are almost always given the benefit of the doubt.

Jewish “survivors” are rarely — if ever — confronted about any factual contradictions or implausibilities concerning their “stories” — which, according to Professor Norman Finkelstein, only encourages them to lie even more.

And we know from experiments on conformity of thought — especially the famous Asch Experiments — people will ignore what they see in front of their very eyes and conform to group think out of social pressure — and that applies to Jews who conform to the official Holocaust narrative and to the public which passively goes along with their testimonies, no matter how preposterous.

Jews are enslaved by this Big Lie — as is the rest of society — and they need to be set free from this mental and emotional prison which they have built for themselves — but while some Jews have confronted this deception, there is still a huge amount of pressure among Jews to conform — with threats to back it up.