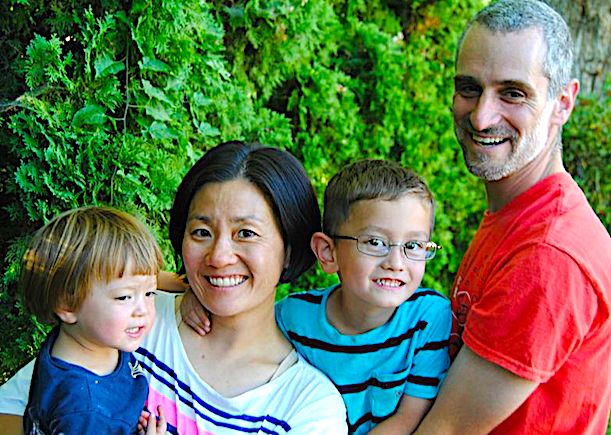 A recent article in The Jewish Chronicle on the ‘plight’ of Jewish ‘mamzerim’ in certain Orthodox communities reveals how Talmudic Jews have intentionally misinterpreted the actual biblical meaning of “mamzer” — in order to not only convince themselves that Jews are legitimate descendants of the Tribe of Judah — but to also obscure the identity of the true modern descendants of the Israelites today:

Their pain is largely hidden from the Jewish community, their voices seldom heard.

But the “veil of silence” over mamzerim in Britain was lifted for one Limmud session by a researcher who is exploring the impact of the status on the lives of those affected by it.

Emma Rozenberg, who has practised as a family and government lawyer and is now half-way through a doctorate at King’s College, said that mamzerut was “rarely discussed” in the UK “other than a side issue to the agunah problem” but deserved attention “in its own right”.

A mamzer is the child of an adulterous or incestuous union, adultery in Jewish being defined as a relationship between a married Jewish woman and a Jewish man other than her husband.

A mamzer may marry only a fellow-mamzer or a convert, but the stigma is hereditary: the child of a mamzer is a mamzer.

While non-Orthodox movements have effectively abolished the category, it remains applicable within the Orthodox community.

Some were “leading a traditional Jewish life within an Orthodox community… and grappling with what it means to be a mamzer in that context”.

Others had “found their place quite comfortably… along the Jewish spectrum where mamzerut is no longer recognised”.

But some young people felt “so angered and hurt by the way their family had been treated that they wanted to marry someone who wasn’t Jewish and leave the Jewish community altogether”.

Some parents were “very angry in seeing their children in so much pain and feeling that their children had been rejected by a religion that they desperately wanted to feel part of”.

Some remaining in the Orthodox world lived with a “fear of exposure,” she said. “One woman described to me her fear of her children being thrown out of their Jewish school if their mamzer status ever become known.”

One problem “unique” to mamzerim was the difficulty in speaking openly. “Even if you as an individual are comfortable to talk about your mamzer status, you want to raise it as an issue, you want to discuss it, what you are in fact doing its not only identifying yourself as a mamzer… you are potentially identifying your parents, or one of your parents, as a mamzer, your siblings who may want to identify within traditional Judaism…

“You are potentially exposing your entire family line and there are very few people who are prepared to do that.”

As a result, it was “very difficult for mamzerim to meet another” and advocate as a group.

“This veil of silence over the issue of mamzerut is perhaps something my research can start to address by giving voice to some of these individuals,” she said.

Almost all her interviewees reported that “the rabbis they had spoken to were very sensitive and sympathetic from a personal perspective and understood the pain they were going through. But several of the rabbis essentially felt their hands were tied and there was nothing they could do.”

As part of her research, she was interviewing rabbis about about what they saw as the purpose of the laws of mamzerut. But she added, “None of the individuals I have spoken to feel that this legislation is any way fair or can give me any kind of explanation as to precisely what role it is playing within halachah.”

Of course the rabbis cannot and will not explain this issue because it would open a proverbial can of worms that would call into question the entire notion of Jewish identity — or as Jewish professor Shlomo Sand described it, “the invention of the Jewish people.”

The Bible is very clear about what a “mamzer” is — it has been mistranslated into English as “bastard” — and appears in Deuteronomy 23:2,

The definition of “mamzer” must include not just non-Israelite mothers but also non-Adamic mothers also — otherwise all of Jacob-Israel’s twelve sons — and his grandchildren — who all have been “mamzers”.

Today’s so-called “Jews” trace their Jewish identity through the mother — not the father which was the ancient custom of true Israel — and that change alone is proof that today’s Jews cannot be real Israelites.

For Jews, only the mother must be racially Jewish — whatever that means — but the father can be any race whatsoever — a complete negation of biblical law.

In other words — all Jews are race mixed — thus all Jews are racial mamzers — not just Jews born of an adulterous mother with another Jewish father as the rabbis here contend — that’s all completely made up by the rabbis — and they know it.

Race mixing was strictly forbidden among the Israelites — and children of fornication — mixed-race children from forbidden unions — were never considered Israelites — and their descendants forever were cut off as genealogical branches that could bear no fruit.

And we know from both archeology and descriptions of Israelites in the Bible that they were White — the Song of Solomon equates white skin with being “ruddy”:

My beloved is white and ruddy, the chiefest among ten thousand.

And we know that King David was White from the following verses:

And he sent and brought him in. Now he was ruddy and had beautiful eyes and was handsome. And the Lord said, “Arise, anoint him, for this is he. (1 Samuel 16:12)

And when the Philistine looked and saw David, he disdained him, for he was but a youth, ruddy and handsome in appearance. (1 Samuel 17:42)