How Jews Should Talk About ‘Black Antisemitism’: Blame It On ‘White Racism’ 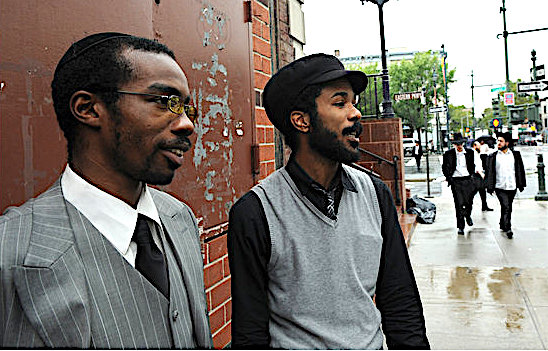 (The Forward)  When Jews living in Black ghettos have been targeted in muggings and shootings, the Jews want to claim they are victims of ‘Black antisemitism’, but at the same time they don’t want to alienate Blacks who have traditionally been their political partners in subverting White social power, so they’ve come up with a solution to this dilemma: blame Black antisemitism on ‘The Man” or ‘systemic’ White racism:

The Jewish community has been pointing to this nebulous “Black anti-Semitism” since at least the 1940s, when Louis Silberman, a rabbinical student at Hebrew Union College in Cincinnati, wrote about “the rise of Negro anti-Semitism…”

“This rather new trend can be explained at least partially on psychological and partially on economic grounds,” wrote Silberman. “The Negro, filled with hidden resentment because of the inferior status forced upon him and not daring to express it in open anti-white terms, can find an outlet through his attitude toward a group that in one sense belongs to the dominant white majority, and at the same time does not completely belong, and therefore can be the target of hatred without inviting the wrath of the community as a whole… to the Negro [the Jew] becomes a symbol of general economic discrimination and injustice.”

…What is remarkable, though, is that a single factor underlies every attempt to diagnose a unique form of Black anti-Semitism: systemic racism. In analysis after analysis, antisemitism in the Black community is shown to be the symptom of the structures of racism in the United States – housing insecurity, lack of access to quality education, food deserts, access to political capital, discriminatory policing, and on and on.

Ultimately, the conversation about Black anti-Semitism is not actually about Blacks and Jews – a binary that not only serves to divide our communities further but also erases the growing number of people who inhabit both. The conversation is a microcosm of the larger issues facing American society today – and the Black and Jewish communities’ roles in it. And the solution? Working to address the well-documented social challenges faced disproportionately by Black Americans.

As Vorspan wrote, somewhat sardonically, some 50 years ago:

So, in other words, Blacks really don’t have a beef with Jews moving into their neighborhoods, buying up their properties for pennies on the dollar, forcing low-income Blacks out or into government-subsidized rental housing owned by Jewish slumlords and profiteers.

No, that’s not actually happening at all, and when Blacks strike out at Jews as these real tensions boil to the surface, it’s merely misplaced Black resentment toward Jews, when in reality, Blacks really need to keep hating Whites for all their problems.

Remember, Jamal, it’s Whitey who created these slums to “keep you down”, not us Jews who love you and took part in your Civil Rights marches with you.  Don’t mug, beat, and shoot us.  Save that violence for those who really deserve it: For Whitey.

Sometimes Jews will tell the truth about how they really feel about Blacks, but they often do it in one of their “comedies” so it gives them deniability: