Huge Explosion on Train in Netherlands, ‘Suicide’ Suspected But ‘No Crime’ 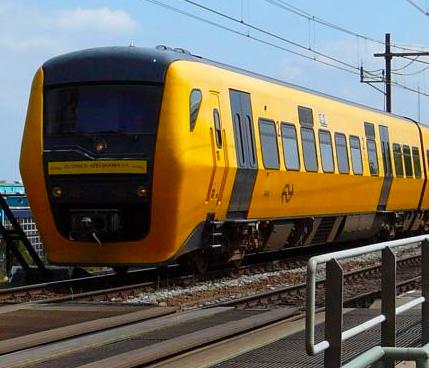 As we have previously reported, “random” explosions have become everyday occurrences in the Netherlands, so when a train car was recently hit by a massive explosion, killing one man in a suspected “suicide”, officials were quick to insist no “crime” was committed, and terrorism is not being considered either:

One person was killed in an explosion on a passenger train car in Nijmegen on Sunday morning. There were no passengers on the train at the time, which was sitting idle in a rail yard at the time of the powerful blast, police said.

Witness accounts suggest that parts of the train came to rest dozens of meters away from the affected train car. Crime is not suspected in the incident, which took place around 9:45 a.m.

Emergency services responded very quickly, according to area resident Fred Vermaanderen. “The windows were shaking. The windows of the train wagon came to rest twenty meters away,” he told AD. Another neighbor said that debris flying from the site damaged her balcony.

The man who was killed was initially reported as wounded, according to messages published on social media by a regional police office. The investigation is also questioning a motive of suicide, and if that played any part in the explosion, AD reported.

Among the equipment at the rail yard are several old DM’90 Buffel diesel trains which national railway NS sold to a Romanian organization, the newspaper stated.

It’s against Dutch law to reveal the race of the perpetrators of these bombings, but everyone except the brain dead knows full well that Muslim migrants are responsible.  Prior to the recent migration crisis, trains in the Netherlands did not just randomly blow up, but now that the country is filled with hand grenade-tossing disgruntled Muslims, everything is blowing up for “no reason”, including cash-filled ATM machines, restaurants, and passenger trains.

And, of course, the recent mass shooting on a train in the Netherlands was carried out by a violent Muslim who was just angry about some “girlfriend” problems he was having, nothing more.  The public shouldn’t jump to any wrong conclusions about the benefits of non-White immigration.  While bombings are commonplace wherever Muslims reside, this in no way should be construed as being a negative comment on Muslims as a whole and their ability to improve Dutch society.  And if you have a problem with “random bombings,” chances are you’re a “racist” or even worse, an “antisemite” who has figured out who is responsible for the Muslims being here in the first place.