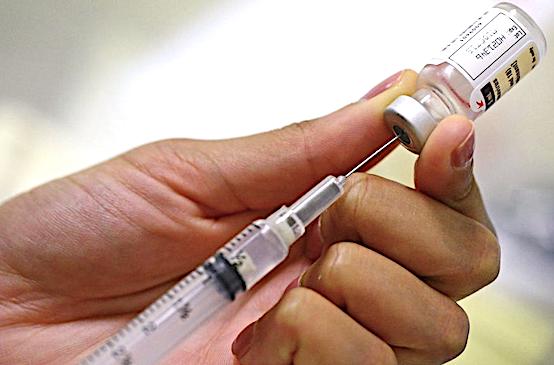 Human trials to test the safety and efficacy of new and experimental vaccines for the COVID-19 virus are beginning in the U.K., and according to one of the volunteers who was interviewed by the mainstream media, the drug company conducting the trial will be using the controversial — and even deadly — meningitis vaccine as a control for the study:

…Screening for around 500 people took place at the Jenner Institute near Oxford’s Churchill Hospital. Mr Courtie described himself as ‘just a very small part of this thing’.

He added: ‘We are the safety part of this process and then after my trial there will be an efficacy trial out in the community to see if it works and that will involve thousands of people.

‘I go on Wednesday to the Jenner Institute and then I’ve got a second vaccination a month after that and then one or two more depending on which group I’m in, because there are different groups in the trial.’

The trial has been split into two groups, those who are being given the vaccine and those who are not. However participants do not know which group they’re in.

‘There’s no placebo group where you’re given something like sugar water. You’re either given the new vaccine which they’re developing or a vaccine that’s already licenses, it’s actually the vaccine they give teenagers to protect them against meningitis.

…[Volunteer] Andrew Limes added: ‘Everybody is feeling some worry and anxiety at the moment.

‘I don’t think the risks of the trial are significantly greater or more alarming than any of the other realities that all of us face.’

We have been told for years that the reason that double-blind controlled studies of childhood vaccines have never been undertaken is that it would be “unethical” to not give any child a potentially life-saving vaccine.

But with this vaccine, the are going to use a highly controversial and dangerous vaccine for meningitis to give to the control group

Yes, people have dropped dead after receiving this “safe” and “effective” meningitis vaccine.

For example, recently a 5-year-old girl in Michigan allegedly ‘died of COVID-19’, but she had somehow also developed meningitis.  Had she recently received the meningitis vaccine?  They will never ask that question because that vaccine is “safe”.

Using another vaccine rather than a placebo as a “control” in a vaccine trial is completely unethical and unscientific.

Do people shut off their higher brain functions when “scientists” tell them something is “safe”?

But only a few people drop dead from the meningitis vaccine each year — most people have only a mild reaction, said the zombie volunteer.

And at least one of the vaccines in this U.K. trial appears to be Moderna’s highly experimental mRNA vaccine that has never been used on humans before — grown on aborted human cell lines, it literally attempts to reprogram your cells to produce antibody proteins against the virus.  Franken-Science.