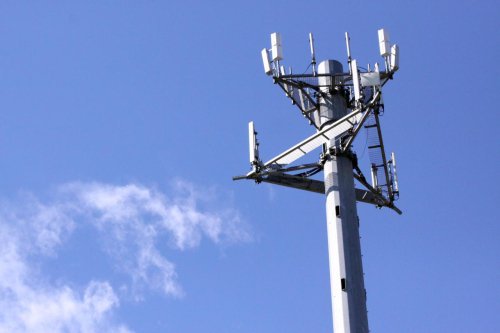 A couple of weeks ago in the Netherlands, a mass die off of birds occurred after a new 5G transmission tower was tested, but there has been a virtual blackout of any coverage of this event:

About a week ago at The Hague, many birds died spontaneously, falling dead in a park. You likely haven’t heard a lot about this because it seems keeping it quiet was the plan all along. However, when about 150 more suddenly died – bringing the death toll to 297 – some started to take notice.

And if you are looking around that park you might have seen what is on the corner of the roof across the street from where they died: a new 5G mast, where they had done a test, in connection with the Dutch railway station, to see how large the range was and whether no harmful equipment would occur on and around the station.

And harm happened, indeed. Immediately afterward, birds fell dead from the trees. And the nearby ducks that were swimming seemed to react very oddly as well; they were simultaneously putting their heads underwater to escape the radiation while others flew away, landing on the street or in the canal.

Again, almost at the exact same time that those animals died, near the station, Holland Spoor was tested with a 5G transmitter mast.

“If they all got heart-failure with an healthy body, no signs of any virus, no bacterial infection, healthy blood, no poisons found etc. etc. The only reasonable explanation is, that it is from the new 5G Microwaves having an huge effect of all birds hearts! … It heavily resonates with certain ERRATIC PULSED Microwaves (millions per second!) which can be proven to have biological effects on organs! … Am not kidding here! … Some people assume Microwaves at lower wattage “can not harm” because “it does not cook you” … that very flawed “logic” is what they want you to repeat over and over! … Search in “Google Scholar Search Site”: Biological Effects of Non-ionizing Microwaves and be ready to be shocked how stupid most sheeple really are in believing blindly the so called “experts” & ” authorities” of FCC, Telecom & Wireless Industry propaganda!” – John Kuhles, founder of Fb.com/groups/Stop5G & Fb.me/Stop5G owner of Stop5G.net

This wasn’t proof though. It was initially just conjecture.

All the information that follows comes from John Kuhles’ public Facebook page (not being a native English speaker, I have cleaned a little of it up but mostly left it intact for you):

In the meantime (30-10-2018) received some more information. The birds that fell massively dead would be the victims of an experiment, performed on those days in The Hague, where RF radiation was tested with a peak frequency of 7.40 GHz. This information comes from one source and should still be confirmed, if possible.

It is not clear at this moment whether tests with 5G transmission masts have been carried out again, but so far everything points in the direction of 5G as the most probable cause. Earlier, crazy things happened, such as with cows in Groningen’s Loppersum last year, where it was also tested with 5G. But also how in Switzerland a complete herd of cows collapsed in a ravine when there was tested with 5G.

No surprise here — for the last twenty years, study after study have shown suspicious links between cellphone radiation and increased risk of disease and death, especially in children, but because the cellphone industry is so profitable, these studies have been largely ignored and swept under the rug.  People are addicted to their cellphones and are willing to literally die for them at this point, so even if this new information about the 5G radiation were made known to the public by the mainstream media, no one would be concerned about it anyway.

After all, their thinking goes, you can’t see 5G radiation, so how can it possibly hurt you?  And what you can’t see doesn’t matter.  Even when an epidemic of brain cancer sweeps through countries, no one will curtail their cellphone usage, and they will look for any other cause than their cellphones.  No one is going to give up their cellphones or settle for slower download speeds just because a few birds drop dead and thousands of kids die of horrible brain cancer.  We have our priorities, after all, and having to wait for anything is our worst nightmare.