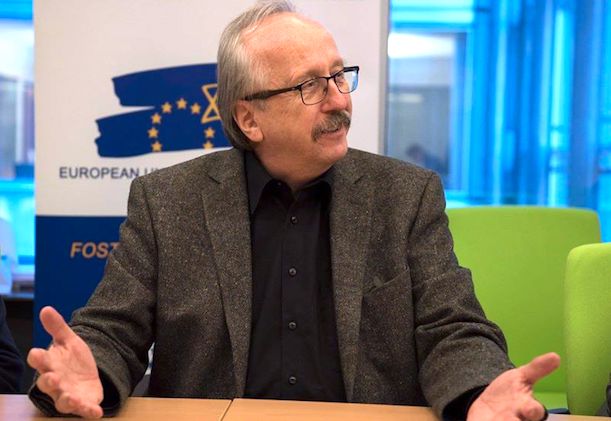 Niedermüller said on TV recently: “If we look at what’s left after you peel away the objects of the haters such as non-Hungarians, the others, migrants, the Roma … a scary formation is left in the middle: white, Christian, heterosexual men — there also women among them. That’s their vision of a family.”

Deutsch called Niedermüller’s remarks “the most serious scandal of recent times”, insisting that Niedermüller, who is the deputy leader of the Democratic Coalition (DK), “has launched an attack against the vast majority of Hungarians and Europeans”.

Deutsch said Niedermüller’s remarks were “offensive” and “stigmatising”, saying that labelling anyone on the basis of the colour of their skin, their religion or sexual orientation in Hungary and the rest of Europe in the 21st century was “unacceptable”.

He said Fidesz expected an explanation from the leaders of DK and party MEP Klára Dobrev, who is vice-president of the European Parliament, and sought to know whether they agreed with Niedermüller’s remarks.

Deutsch said his party would “defend the people attacked by Niedermüller” at a EP plenary session later in the day. “This is our moral duty.”

Meanwhile, István Hollik, the communications director of Fidesz, called on Niedermüller “to quit public life”. Hollik told journalists in Budapest that Niedermüller’s remarks could be interpreted as nothing other than “pure racism” and “hatred for family and Christians”.

Answering a question, Hollik said he will participate in a demonstration organised for Thursday to protest against the DK politician over his remarks.

Clearly, Niedermüller is not a Hungarian name, and people with German names in Hungary often turn out to be Jewish, which would explain his hatred for White Christian families.

This is a brilliant political strategy, using the ‘race card’ of the Left against them.  And from that perspective, this self-hating liberal’s comments are exposed for exactly what they are: hatred of White people.

Hungary, unlike the rest of the West, is essentially making attacks against the White majority illegal for ‘inciting hate’ against an identifiable ethnic and religious group, White Christians.

The rest of Europe, Canada, and the U.S.A. had better follow Hungary’s lead on this issue before standing up and fighting for your White Christian families becomes a ‘hate crime’, which it already has in so many countries, such as England and Germany.

The following satirical cartoon, “How Multiculturalism & Diversity Destroyed The Native American Indians” is another example of how this political strategy can stigmatize the Left for the true anti-White racists that they are: