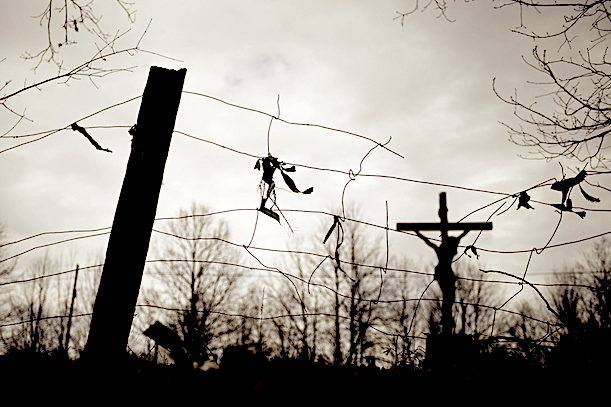 (Hungary Today) Confronting the fates of the survivors of the ‘forced labour’ camp in Recsk, in northern Hungary, is never easy, the head of the Prime Minister’s Office told a conference marking the 70th anniversary of the camp’s establishment:

The event organised by the National Remembrance Committee (NEB) is the opening conference of a series of events commemorating the Hungarian Gulag.

The commemorative events aim to establish greater awareness and understanding of an important part of history, “the breaking of the country” and the “retribution taken against the enemies of the regime”, Gergely Gulyás said.

He said it was important not to let Hungary’s four decades of communist rule be forgotten, adding that there were always stakes when it came to remembrance.

Gulyás thanked the generation of historians who were “the first to break through the wall of silence” and got “murderers, conspirators, victims, the little man and subservient beneficiaries” to open up about the communist era.

The PM’s Office chief said there were still some in Europe attempting to deny or justify historical tragedies. “Those who do not remember the past are destined to relive it,” he said.

Murder and murderers can never, under any circumstances, be justified or vindicated, Gulyás said. “We cannot portray an ideology in whose name tens of millions of people were murdered worldwide as nice, good, or just,” he added.

Réka Kiss Földváry, head of the National Remembrance Committee (NEB), called the Gulag a symbol of inhumanity, exploitation and the communist dictatorship.

Concerning the upcoming memorial day, she said it should be remembered that the dictatorship overshadowed not just the lives of the people of the era, but also those of their descendants.

Matyas Rákosi (born Rosenfeld) — de-facto Jewish ruler of Communist Hungary — was part of Jewish Bela Kun’s doomed government in 1919 but fled to Russia after Soviet Hungary’s collapse.  He then became the Comintern leader and returned to Hungary as dictator propped up by Joseph Stalin when Hungary fell under communism after WWII.

No doubt, for those Hungarians who lived through the Communist Era, it was common knowledge that Jews like Rakosi dominated The Party, but to state so publicly was suicidal considering it was a capital offense.

Prime Minister Viktor Orban is far too wily of a politician to make the Jewish hand in the communist destruction of Hungary an issue at this point, but reading between the lines of his public pronouncements, he’s clearly aware — as all Hungarians are — of the “hidden hand” that none dare speak of.

Millions perished in these gulag death camps — the Jewish communists preferred the euphemism ‘forced labor’ or ‘re-education’ camps, but if you’ve read the works of Nobel-prize winner, Alexander Solzhenitsyn, you know the purpose of these camps was to work inmates literally to death with demoralizing and pointless make-work.

At least the German labor camps of WWII involved meaningful work — all directed to supporting the war effort to destroy the threat of the communist takeover of all of Europe — but the vast majority of ‘work’ performed in the gulags served no idealistic goal nor built any lasting and important infrastructure.

All that these gulags left behind were mass graves and broken spirits, the ultimate goal of communism.