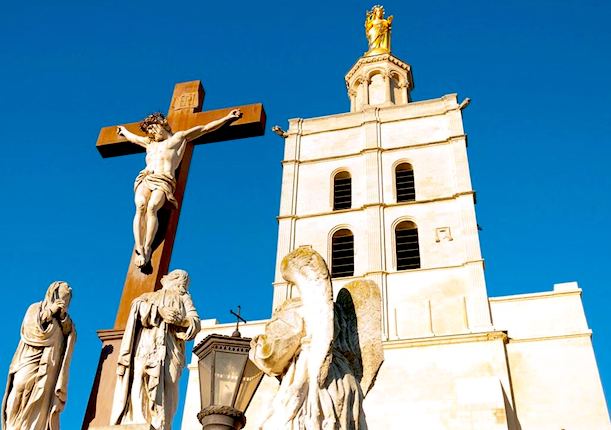 Hungary’s government wants to see the European Union’s strategic agenda for the next five years address national competencies concerning the issue of migration, respect for sovereignty, and the protection of Christian culture, the state secretary for international communications and relations said on Thursday:

In line with this mandate, the text of the bloc’s next strategic agenda must include a clause declaring that the EU should ensure the preservation of national competencies when it comes to managing migration, Kovács said.

Hungary’s proposal aims to stop illegal migration, he said, adding that to do so, the EU would have to work together with its neighbouring countries. Concerning the next objective, Kovács said the EU’s institutional system should respect the sovereignty of the bloc’s member states, arguing that the EU could only be strong if its member states are.

He said the document should also devote special attention to persecuted Christians.

Europe will remain racially White only as long as it remains Christian, a political strategy that Hungary, Poland, and Slovakia have all embraced.  Given the draconian ‘hate speech’ laws against ‘racial incitement,’ White Europeans cannot legally claim protection even if and when they become ethnic minorities even in their home countries.  In 2015, a French court ruled that the ethnic White French people do not exist.  Minority legal protections were meant for everyone else but Whites, even when minorities become the majority, and in a number of western European countries that will occur within the next 25 years.

However, because the EU laws has enacted to protect religious minorities, especially Jews and Muslims, it will begrudgingly be forced to protect the rights of Christians who are overwhelmingly White.  If Whites want to start seeing their communities and families protected, they need to return to the historical faith of their ancestors and insist, as Hungary is, that their religious identity be defended and preserved under the law.  White atheists and neo-pagans have no such protections, as Sweden has even proposed a ban on their ancient pagan symbols for signifying “White supremacy” and “racism”.