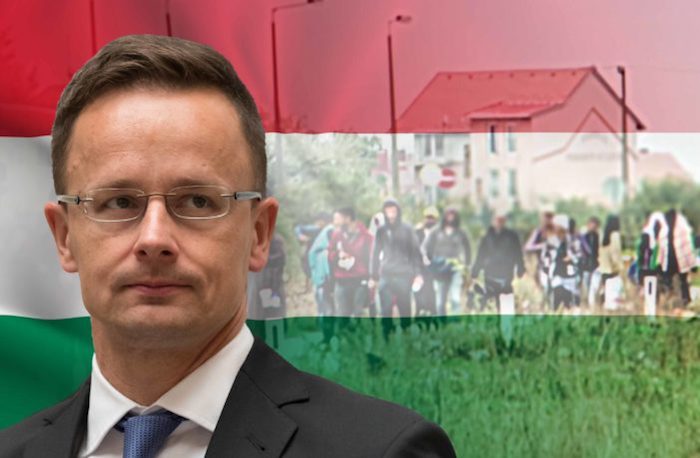 Hungary continues to demonstrate that it is one of the only sane countries left in Europe as its Foreign Minister Peter Szijjarto announced that no migrant in Hungary is entitled to receive any government social services or benefits that native taypayers receive:

Hungary will not enforce “a single passage” in the United Nations’ global migration compact, Foreign Minister Peter Szijjarto said during talks with Antonio Vitorino, head of the International Organization for Migration IOM), in Geneva on Wednesday.

Szijjarto told a press conference after the talks that the package was contradictory to Hungary’s interests because “it encourages migration rather than seeking to stem such processes”.

The compact, similarly to the European Union’s mandatory quotas, would be “practically equal to an invitation”, Szijjarto said, and insisted that in countries around the EU there are some 30-35 million people “whose conditions could easily motivate them to leave their homeland”.

“We are not going to pay for courses for migrants… we will not hide that mass migration will have serious security impacts and we will not provide the same services to migrants as to tax-paying Hungarians,”

Szijjarto said. The minister added, however, that Hungary could cooperate with the IOM on such issues as helping persecuted Christians to return to their homes in the Middle East or fighting against people smuggling.

He noted that Hungary disagreed with several basic tenets of the United Nations global compact for migration, adding that Hungary has withdrawn from its approval process. Just as the migration policies of Brussels have failed, so have the UN’s, he added.

Szijjarto said that Hungary had submitted several amendment proposals to the UN compact aimed at curbing the migration process and taking into consideration the situation and interests of target countries and transit countries.

Migration is not a basic human right, and illegal border crossing is a criminal act, he said. Countries’ soverignty must be guaranteed and the development of parallel societies prevented, he added.

Mass migration is one of the most important of the unprecedented challenges that the world currently faces because it can destabilise entire regions, he said.

He also highlighted terrorism as a challenge, noting that since the migration crisis started, more than 30 terrorist acts have been carried out in the European Union by “people with a migration background”.

Hungary disagrees with the assumption that migration is a basic human right which should be encouraged because it is beneficial, he said.

But what’s happening in Hungary and Poland is blowback against the Jews who had those countries under the boot heel of jewish communism for 70 years — those people know what’s in store for judaized western Europe, and they are having none of it.  Been there, done that.  What we are seeing in Europe and America is a Neo-Bolshevik soft revolution which uses non-White immigration to destroy the White race through race mixing and population replacement.  For the Jews, migrants are their weapons of mass destruction.