Hungary’s Foreign Minister: Immigration Is Not A Human Right 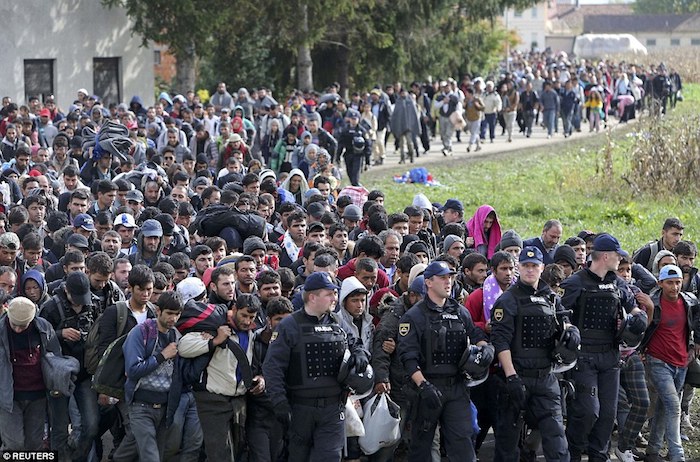 Hungary’s Foreign Minister Peter Szijjarto has accused the UN human rights watchdog of “spreading lies” about his country, saying that immigration was not a “fundamental human right.”

The official took aim at the “independent experts” with the UN Human Rights Council, stating they “should not be independent from the truth.”

“Recently, unfortunately, some UN officials started to spread lies against and about my country,” Szijjarto told the UN body’s meeting on Wednesday.

Such officials would like to “force on us impossible things,” namely allowing illegal migrants into the country, Szijjarto stated. “They say that migration is a fundamental human right, which is a lie,” he stressed.

The harsh statement of the foreign minister came as a response to criticism against Hungarian anti-immigration policies. Last week, the UN rights body blasted the so-called ‘Stop Soros’ law, adopted by the country’s government back in July. The UN paper said Hungary “attacks against civil society, migrants, refugees and asylum seekers” with the law, adding that it’s against the international human rights law and poses a threat to the “values” of the whole European Union.

It added that it targets the critical “civil society” and fuels “hostility, xenophobia and … discrimination against migrants, asylum seekers, refugees and all those trying to provide them support.”

The ‘Stop Soros’ law has imposed restrictions on foreign NGOs, which work with migrants, obliging them to seek licenses from the government. It also criminalized aiding migrants, namely “providing financial or property benefit” to them or simply informing them about the asylum-seeking procedures. Those who do so could now face 12 months in jail.

The controversial law is named after Hungarian-born billionaire, globalist and strong supporter of open-border policies George Soros. Hungary’s Prime Minister Viktor Orban has repeatedly accused him of conspiring to stir unrest in his native country and to undermine Europe’s stability with mass-migration waves.

The whole concept of “human rights” is meaningless.  Whatever “rights” a person has depends on where they live in the world.  The idea that the UN has any authority to tell everyone what “universal” rights they have is patently absurd.  So-called “human rights” was a concept created by White Europeans for themselves, not for the entire world.

The idea that there are no national borders and that everyone should be free to migrate anywhere they want is a jewish fantasy born out of international capitalism — the idea being that money should be able to flow freely from one country to another without impediment, and that people (namely Jews) should be able to do the same.

If you want the entire world to be ruled over by jewish capital, then unrestricted immigration must be a “human right”.