Hungary’s Only Oscar-Winning Director, The Jewish István Szabó, Was A Communist Informant 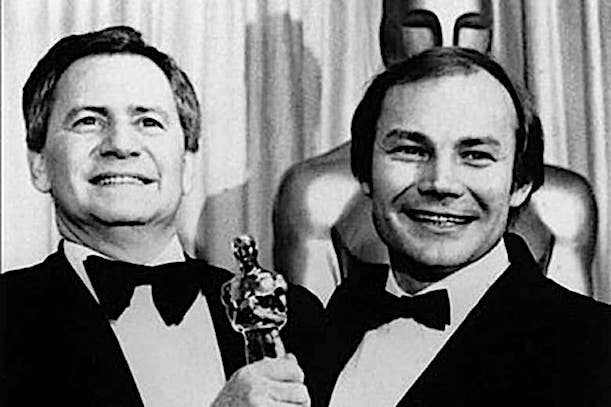 A conservative historian finds it nauseating that the Hungarian Film Academy, funded by the state, decided to bestow the Oscar-winning film director, István Szabó, who, as an informer, actively helped the Communist secret police in the late 1950s, with a lifetime achievement award:

‘House of Terror’ Director Mária Schmidt asked Miklós Kásler Minister of Human Resources and other government officials to intervene and prevent the Hungarian Film Academy rewarding the first Hungarian Oscar winning director István Szabó for his lifetime achievement. Schmidt recalls that István Szabó served as an informer of the Communist secret services between 1957 and 1961. During that time, he submitted 48 written reports and met his supervisors once every two weeks to deliver information against his colleagues. Schmidt hopes that the Hungarian government does not intend to cherish the heritage of the Communist secret services.

On Városi Kurír, Norbert Kinyó believes that Szabó’s ‘unfortunate role’ in the late fifties didn’t contribute to communist retribution after the 1956 revolution. In addition, his oeuvre, which includes a series of films on the relations between citizens and political power, proves that the artist has spent the past five decades facing his own misdeeds. The left-liberal author thinks the first Hungarian who won an Oscar for a feature film deserves a special award for the work of a lifetime.

Magyar Nemzet’s György Pilhál, on the other hand, fully agrees with Mária Schmidt. There were other film directors who could never shoot a film, he writes, perhaps because they refused to co-operate with the political police. Pilhál wonders if Szabó will ‘dare’ to accept his award.

Of course, the cowardly Szabó has decided not to accept this award to avoid any more unwanted scrutiny of his involvement as a communist snitch like many Jews in Hungary whose testimony sent many ethnic Hungarians to their deaths in the gulag ‘work camps’.

And, yes, the jewish communist leadership awarded the jewish Szabó for his service as a snitch by using State funds to bankroll his film career, which ultimately was rewarded with an Oscar by his sympathetic jewish compatriots in Hollywood.

Under the ruthless communist dictatorship of the jewish Matyas Rákosi, tens of thousands of ethnic Hungarian Christians were sent to their deaths in the gulags, and Szabó and other informants played an essential role in that conspiracy.

Compare Szabó’s fate as a life-long celebrity to the fate of anyone who allegedly collaborated with the National Socialists in World War II.

It’s perhaps no coincidence that Hungary’s only Nobel-prize-winning author, Imre Kertesz, a jewish so-called Holocaust survivor, just had his fictitious account of life in the concentration camps dropped from the national school curriculum.

It would be nice to think that Christian Hungary is undergoing a natural ‘de-judaizing’ and ‘de-communising’ process to allow them to reassert their true Christian heritage.