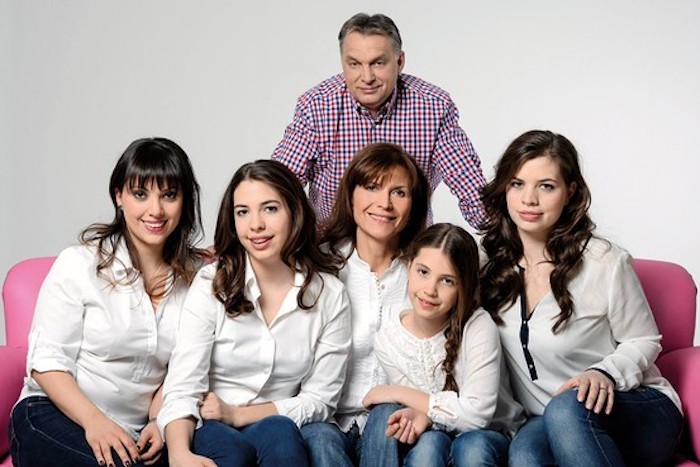 In a rare glimpse of sanity in the Western political theater, Victor Orban has taken a stand against the jewish cultural marxist agenda by abolishing university “gender studies” courses:

Hungary’s populist government is stopping universities from offering courses in gender studies, saying there is no need for graduates in the labor market and they take taxpayer money away from other programs.

The move, announced this week, comes after Prime Minister Viktor Orban’s government won a comfortable majority in April after an election focused primarily on immigration. Since then his Fidesz Party has been implementing key parts of its election manifesto.

In a statement, Hungarian government spokesman Zoltan Kovacs said that there is “no demonstrable demand for graduates of ‘social gender studies’ in the Hungarian labor market.

“There is no economic rationale for studies such as these, and so we have reason to presume that it was not created in response to labor market needs, and equally not to furnish students with skills that can be readily and directly converted on the labor market,” he said. It is also questionable to what extent studies with admittedly such low student numbers are economical and sustainable.”

Hungary’s HVG said that it would only affect two of the country’s universities, but also that such courses had been in the government’s crosshairs for a while.

Critics of the nationalist government say that Orban has been engaging in authoritarian tactics and this move is likely only to fuel such claims.

The term “gender studies” is an oxymoron. A study is an objective investigation, but there is nothing objective about gender studies, which have one purpose only – to deconstruct the concept of gender and claim that gender is a social construct with no objective basis in reality. But then again, how can you study something that you claim doesn’t exist?

And if gender doesn’t exist, how do people reproduce?

Gender Studies does have a practical use – if you are a nation wrecker and want to undermine the traditional values that are the bedrock of all healthy societies. Since Hungary has decided that it wants to be a healthy functioning, pro-family society, there is no practical use for gender studies. People who are confused about which gender they are belong in a mental hospital – and psychiatrists even have a scientific name for their disorder – it’s called “gender dysphoria”. But apparently it’s “authoritarian” to claim objectivity about such matters.