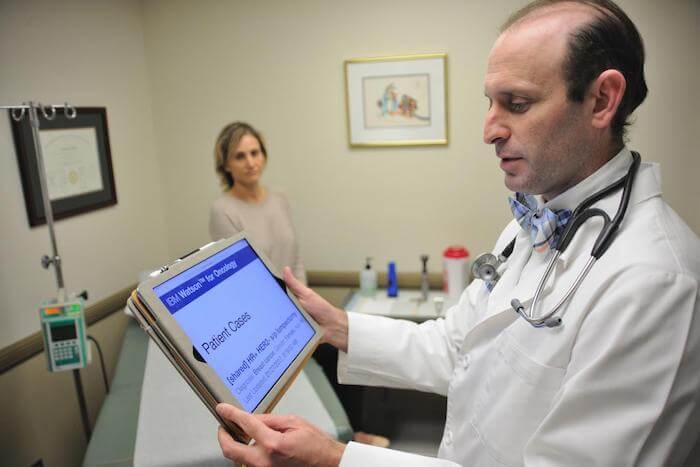 The IBM Watson AI-driven healthcare system, which is theoretically supposed to improve your health, is turning out to be a predictable disaster:

IBM has put its Watson artificial intelligence system to work on a variety of problems, including caring for cancer patients.

Watson’s oncology system has helped care for more 84,000 patients around the world, and while the tech company says the program is a success, a Stat News report said internal documents tell a different story.

The publication reviewed the documents from 2017 in which medical experts discuss “multiple examples of unsafe and incorrect treatment recommendations.”

In one example, a patient was recommended a drug that could lead to severe or fatal hemorrhage while he was already dealing with severe bleeding due to his condition. In another example, a Florida doctor who reviewed the system told the company that the technology is “a piece of shit.”

IBM engineers and doctors who helped train the AI provided Watson with data about hypothetical patients and treatments instead of data from real, living patients, the report says.

The company plans to take client feedback into consideration and plans to update the system.

This is all part of the intentional dumbing down of the medical profession, as decisions are no longer made by individual doctors but rather by computers and insurance companies. No computer is smarter than the information it is given, and unlike humans, it cannot adapt or intuit that something is wrong.

AI is supposedly going to reduce “human errors,” but it will no doubt do the exact opposite. As competent humans are replaced by computers, all medical care will be based solely on statistics and probabilities, not reality. Costs will be reduced, and profits will soar, and the quality of care will be abysmal.