If You’re An ‘Oppressed’ Sodomite From The Third World, Italy Now Welcomes You With Open Arms 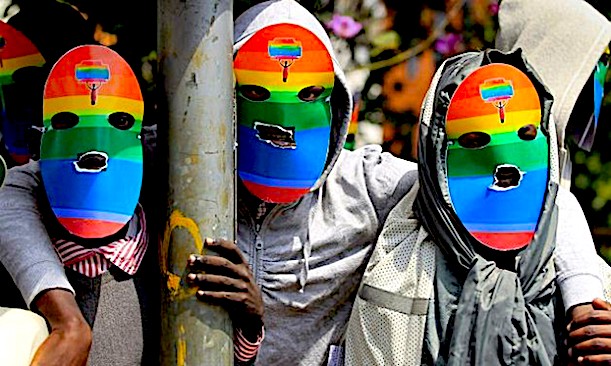 Adding to its ongoing effort to commit national suicide, a new rule will allow any Third World invader to stay in Italy if they tell border control agents that they are an oppressed “gay” or some variation thereof:

A new option has been opened up to illegal migrants. Simply claim that you are gay, and we’ll let you in, give you benefits and a roof over your heads.  It is a seemingly small but significant change.

A new decree concerning border security is being prepared in Italy. The previous enactments of Matteo Salvini have been negated long ago, but work in parliament commissions is ongoing.

At the initiative of the Italian Democratic Party, and in particular of Laura Boldrini, the new Minister of the Interior Luciana Lamorgese has prepared a “small amendment”.

There are already whole classes of migrants who are not allowed to be sent away from Italy’s borders. This current system concerns people from countries in which they could face religious, sexual, racial, or “civic” persecution.

How does this translate in reality?  According to the new norms, there are those who are more equal than others.

Imagine that a ship full of young migrants arrives at — let’s say — Lampedusa. All they have to do is declare themselves as gay, lesbian, non-binary persons, or transgender and add that they are oppressed in their country of origin for their sexual orientation. In such a case, Italy would have no choice but to let them stay.

This is simply the next step in “progress” of neo-enlightened Europe as we march ever closer to the abyss.

Of course, only a small fraction of those migrants who claim to be LGBT will actually be LGBT — if that’s the fast track into the EU with full benefits why not pretend to be gay for a while?

Perhaps the Jewish migrant advocate, Ariel Ricker — who was caught coaching migrants to falsely claim to be ‘oppressed Christians’ in order to gain entrance to the EU — will also coach Africans how to pretend to be gay to get into Italy.

But considering that all Third World countries ‘oppress’ gays, why doesn’t the EU simply announce that it will accept every gay from the Third World who wants to come?

We knew they were trying to turn Europe into the Third World, but why not turn it into a gay Third World while they’re at it?

After all, if this is how “gays” are typically treated in Africa, we have a “moral” obligation to take them all and save them from this kind of “humiliation”: 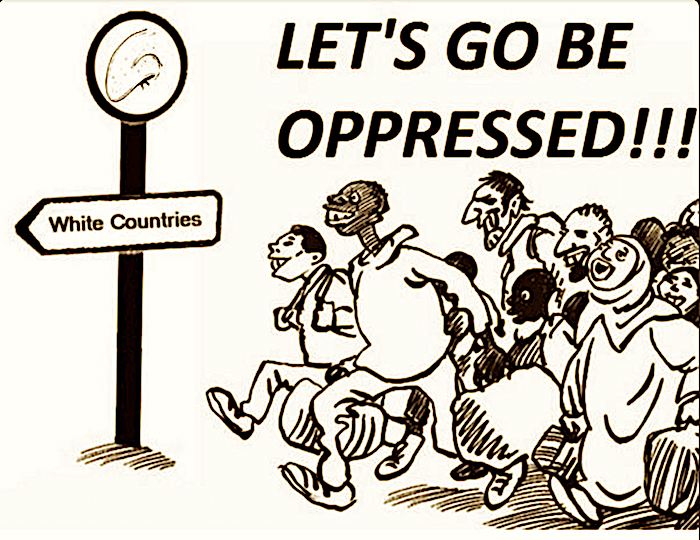