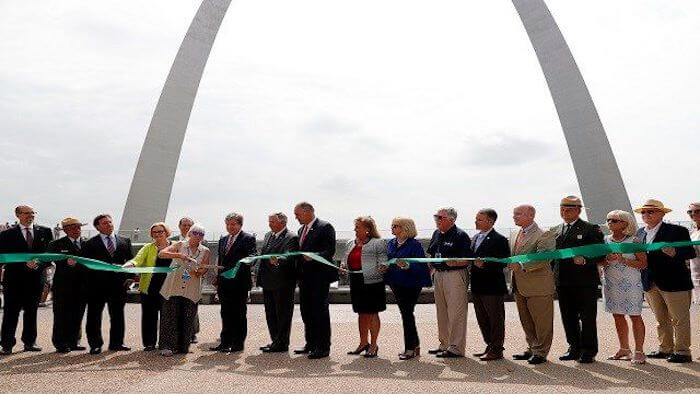 “A second ribbon cutting ceremony at the Arch Museum is being planned for Friday after many noticed no people of color present at the first ribbon cutting on Tuesday in St. Louis.

“We’re not going to stand for it,” says Missouri State Representative Bruce Franks, who says he wasn’t invited even though his district includes the Arch. “It’s about overlooking, overlooking communities, stepping over communities that have been forgotten about.”

The photos from the dedication featured more than a dozen people, including Republican Gov. Mike Parson and U.S. Senators Claire McCaskill, a Democrat, and Roy Blunt, a Republican.”

If left to the blacks in St. Louis, the Arch would eventually fall into ruin and collapse. Whites put their time and money into renovating The Arch, but all they receive is armchair criticism from do-nothing Blacks who’ve been trained to see “racism” everywhere.

Whites originally built The Arch to celebrate White pioneers who originally settled this country, something Blacks had nothing to do with, and so it’s only right that they be excluded from this re-dedication ceremony.