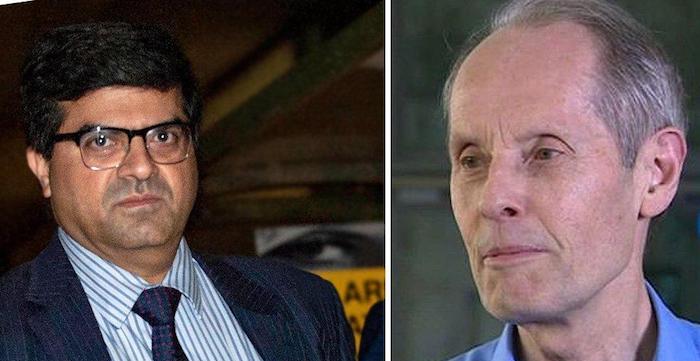 Another White man has died at the hands of another non-White doctor in the U.K., but the blame is being directed toward a robot to protect the reputation of the incompetent doctor:

A surgeon has described the tense atmosphere in an operating theatre as a pioneering robotic heart operation went catastrophically wrong.

At one point one of the assisting medics had his arms knocked by the robot which was being used to repair retired music teacher and conductor Stephen Pettitt’s heart valve, an inquest was told.

Communication between lead surgeon Sukumaran Nair and his assisting surgeon Thasee Pillay was difficult because of the ‘tinny’ sound quality coming from the robot console being operated by Nair.

Mr Pillay told how he had to raise his voice as the robot knocked one of the theatre assistants and when he realised that stitches in 69-year-old Mr Pettitt’s heart were not being placed in ‘an organised fashion.’

He missed a training session in Paris using a cadaver and another session at his own hospital because he was busy with other surgery.

Despite that he conducted the operation to repair Mr Pettitt’s leaking mitral valve using the Da Vinci robot for the first time, which was also the first operation of its kind conducted in the UK.

When things started to go wrong, two proctors – supervisory experts trained to take over in a crisis – had left.

Mr Pillay said he thought they had ‘gone to the coffee shop’ for a break when in fact they had left Newcastle’s Freeman Hospital and gone home part of the way through the procedure in February 2015.

They were not on hand to help when father-of-three Mr Pettitt’s intra aortic septum was damaged and Mr Nair was no longer able to see clearly when blood spattered the robot’s camera.

The robotic operation was abandoned and open chest surgery began, by which time Mr Pettitt’s heart was functioning ‘very poorly.’

He died a few days later on March 3rd after going into multiple organ failure.

India is a Third World hell hole, and disease is rampant there, so why are White countries importing thousands of Indian doctors to treat White patients?  If Indian doctors are so talented, why can’t they cure the most basic diseases in India?  And why do White people trust them enough to put their live into their brown hands?  The man who died here is a victim of mass brainwashing to convince White people that non-White doctors are equally competent as White doctors, and had he known the truth, he never would have agreed to take part in this risky procedure.

The medical supervisory boards are structured in such a way to protect the doctors, not the patients.  And there can be no doubt that non-White doctors are far more likely to kill and harm their patients than White doctors, but those objective statistics are buried behind walls of “doctor-patient confidentiality agreements.”  White people need to start to refuse medical care from non-White doctors, especially for any treatment that has any risk whatsoever.  Just say that you’re “not comfortable” with the doctor and you want another one.  Racism saves lives, and the life you save may be your own.