India To Strip 4 Million Bangladeshis of Citizenship and Deport Them 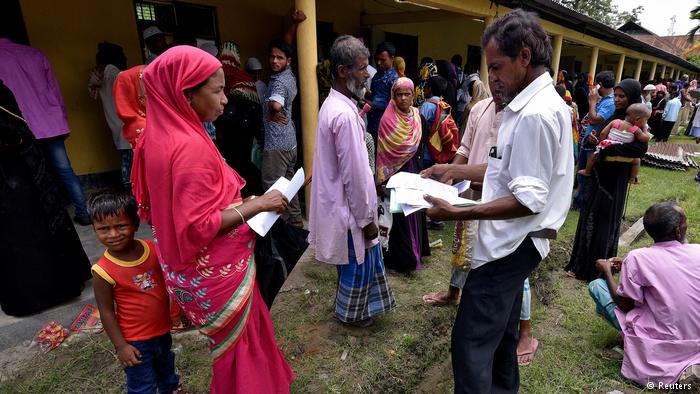 Judging from the silence from the western media, it’s perfectly acceptable for non-White countries to engage in political ethnic cleansing to preserve a desired racial majority:

More than 4 million people have been excluded from a controversial citizenship list in the Indian state of Assam and could face deportation. Authorities say the register aims to weed out illegal migrants from Bangladesh.

India’s registrar general said Monday that some 4 million people who failed to produce valid documents had been excluded from a draft list of citizens in the northeastern state of Assam.

Residents were asked to prove that they or their families lived in the country before March 1971, when a wave of people fleeing conflict in neighboring Bangladesh settled in the border state.

Of the more than 32 million people who applied to be recognized on the register of Indian citizens, 4,007,707 were rejected, registrar general Sailesh told reporters in the state’s capital, Gauhati.

Hundreds of in Assam.

Prime Minister Narendra Modi’s Hindu nationalist party, which came to power in the state in 2016, says the new citizenship test aims to protect ethnic Assamese and crack down on illegal migration. But critics claim the measure is part of a wider campaign to target the country’s Muslim minority.

The poverty and misery that these Bangladeshis live in make the life of the average Mexican invader in America look like a Rothschild, yet it’s the plight of the Mexicans that tear at our collective heart strings, or at least, that’s what the media would insist upon.

So why are the Indians allowed to behave like “Nazis” toward these downtrodden people?

If the “spiritually-enlightened” Indians are able to make these unpleasant political decisions, then the Americans and Europeans who have emulated them and their gurus for the last century should feel emboldened to act with the same moral confidence.  But that will never happen because the Number One Rule in the West is that there are rules for Whites and different rules for everyone else.

Thousands of people from Bangladesh fled to India during the Bangladesh war of independence from Pakistan between March and December, 1971. Most of them settled.