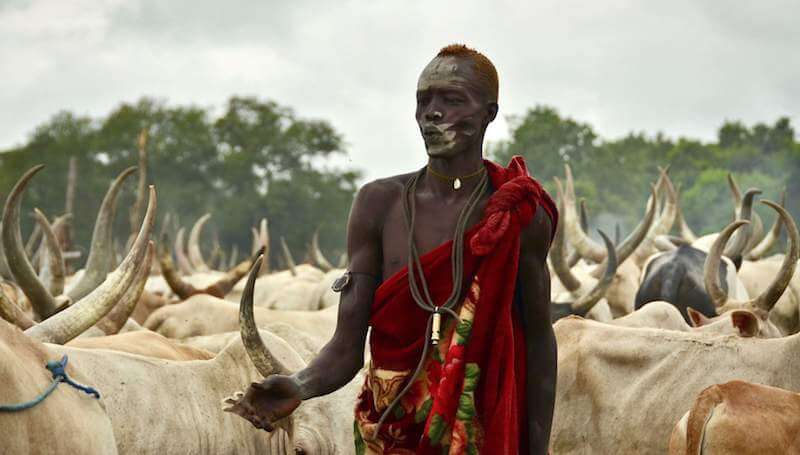 “Parents can now receive up to 300 cows in bride price, up from about 30 cows during peacetime.

Child marriage is increasing in parts of war-torn South Sudan and drought-hit Kenya as parents swap their daughters for cows and goats to survive, campaigners said on Wednesday.

Africa accounts for nine out of the 10 countries with the highest rates of underage unions globally, advocacy group Girls Not Brides said, with girls marrying due to tradition, family ties, the stigma of pregnancy out of wedlock and poverty.

“Majority of the parents wish to give up their girls and marry them off because of the economic hardship. They are looking at how to reduce the number of mouths they need to feed.”

Left to their own devices, this is how Africans live – and Whites need to stop imposing their liberal values on them.

If you allow them to immigrate to America, they will still want their “right” to have a child bride – this has nothing to do with war or “climate change”. They have no place in our society, and we have none in theirs.