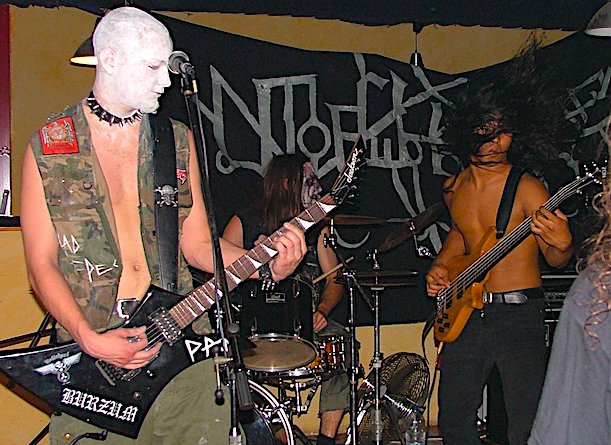 Stop Hate For Profit, a radical pro-censorship group newly created by the Anti-Defamation League, a Jewish supremacy group, is calling for a boycott of Facebook after an investigation found that 120 pages out of 900,000,000 on Facebook contain ‘Neo-Nazi’ content–and almost all of it related to heavy metal bands:

An investigation by Al Jazeera uncovered over 120 pages featuring neo-Nazi music groups — most of them heavy metal acts — and their labels; altogether, the pages collected over 800,000 likes. After Al Jazeera sent five examples to Facebook, the site removed three for being in breach of Facebook’s hate speech policy; the other two are under review. Al Jazeera claims that many other pages found in their audit were found to violate the policy.

The bulk of the pages have been online for years, actively advertising upcoming concerts, music and merchandise. One group, M8l8th, a black metal band from the Ukraine, samples remarks from Joseph Goebbels and the Nazi anthem the “Horst Wessel-Lied” in their songs. The group was founded by Alexey Levkin, an organizer of Asgardsrei, a neo-Nazi musical festival in Kyiv. Pages for a number of headliners at that festival were also found on Facebook.

While many bands eschewed sharing their more controversial content on the platform, Al Jazeera indicated that Volrisch, a Mexican band, used an album cover showing the gates of Auschwitz-Birkenau as its Facebook cover photo. The artwork shows a track list with English song titles like “Jewish Plague” and “New Holocaust.”

Other bands such as Leibstandarte (named for Hitler’s personal SS bodyguard), Kristalnacht and Einsatzgruppen (the Nazis’ mobile killing squad) also remained active on the site. So did Peste Noire, a French band that, only last year, unveiled an album showing their lead singer in a lifted Klan hood threatening another man — actually himself, in blackface — with a noose.

Al Jazeera’s findings come at a time when Facebook is facing increased pressure from civil rights groups and advertisers to scrub hateful material from its feed. Over 400 advertisers, including major brands like Coca-Cola and Starbucks, pulled advertising for the month of July at the behest of the group Stop Hate for Profit.

In response, Facebook co-founder and CEO Mark Zuckerberg met with the boycott leaders this week. The civil rights organizations present, including the Anti-Defamation League, were not encouraged by what they heard.

“It was abundantly clear in our meeting today that Mark Zuckerberg and the Facebook team is not yet ready to address the vitriolic hate on their platform,” the leaders said in a statement. “Zuckerberg offered the same old defense of white supremacist, antisemitic, Islamophobic and other hateful groups on Facebook that the Stop Hate For Profit Coalitions, advertisers and society at large have heard too many times before.”

“Unfortunately zero tolerance doesn’t mean zero incidents,” the company said in a statement to the New York Post. “We will continue to improve our technologies, evolve our policies, and work with experts to identify and remove hate from our platform.”

Of course, the ADL knows that it’s literally impossible for Facebook to police almost a billion Facebook pages in real time to make sure no one ever posts any “Nazi” material.

This is not about “blotting out” genocidal Nazis once and for all, as the ADL would have us believe.

Raul Hilberg, the world’s most respected mainstream Holocaust ‘expert’, testified under oath in a Canadian court room that there is no ‘scientific proof’ that any Jews were exterminated in Nazi “gas chambers” (see below).

So if the Holocaust didn’t happen, why are the Jews so afraid of Nazis?  And what did the Nazis do in Word War II that was so extraordinarily bad?

What made the National Socialists the embodiment of “evil” to the Jews is that they stood up to real evil — the Jewish supremacists who are intent upon destroying all White Christian nations — the true seed of Jacob-Israel.

Esau — the Canaanite-Edomite Jews of today — has temporarily “broken the yoke” and now rules over Jacob’s people.

Anyone who stands up to the Jewish agenda of destroying Jacob-Israel will be smeared as a Nazi or antisemite.

The White race is the only living remnant left of Jacob’s descendants — the heirs of the promise.

We have turned our back on God, and He is using the Canaanite-Edomite Jews to punish us and flood our lands with aliens until we turn back to Him — and that is what the Jews fear most — much more than “Nazis” — they fear that moment when Jacob-Israel turns back to God and renders them powerless.

When we do, God has promised us that He will destroy our tormentors, the Edomite Jews — and they will be left for stubble.

This is the real Holocaust that the Jews rightly fear: 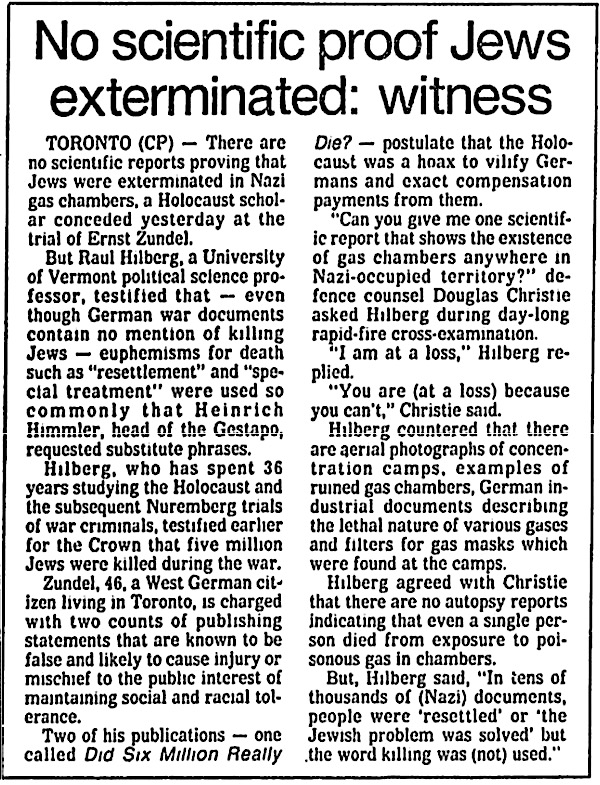