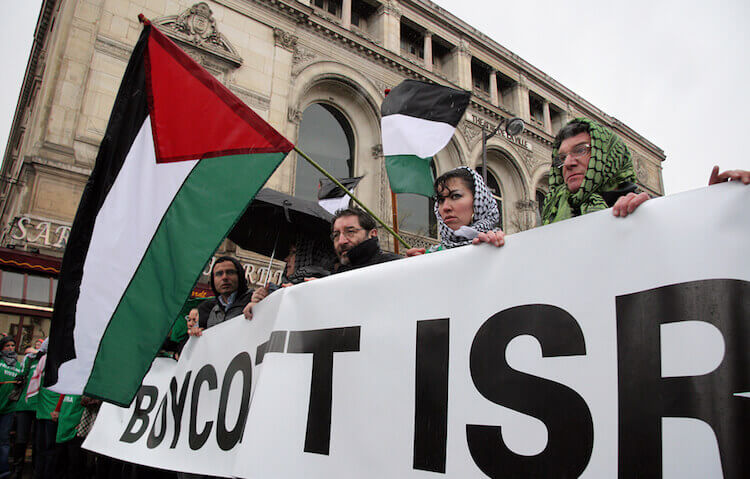 Yesterday Ireland’s parliament – the Seanad – passed a landmark bill that bans the purchase of goods and services originating in illegal Israeli settlements. According to Mint Press News:

Passed with 25 senators voting in favor and 20 against, the bill still needs to go the lower house of Ireland’s parliament, Dáil Éireann, for a debate and a vote and then pass through additional stages of review before being signed into law.

The bill’s recent passage by the Seanad as well as its backing by Irish parliament’s second-largest party, Fianna Fail, suggests that Ireland could soon be the first nation in the world to ban the importation of goods and services originating from illegal Jewish-only settlements in Palestine’s West Bank.

The fact that the bill was even brought to a vote suggests that the law is likely to withstand unprecedented pressure from the Israeli government and its supporters as it now moves to Dáil Éireann for consideration. Indeed, the bill – officially titled the “Control of Economic Activity (Occupied Territories) Bill 2018” – was originally introduced earlier this year on January 24th but, soon after, the Seanad voted to delay the debate on the measure after it was protested by the Israeli government.”

Most liberal governments across Europe support a boycott on Israeli goods produced on land they stole from the Palestinians, which is why the jews are working tirelessly behind the scenes to pass laws to make these boycotts illegal. There is even a law being considered in the US that outlaws support for Israeli boycotts – introduced by the jewish Senator Chuck Schumer from New York, of course.

Strange how Israel is the only country in the world that has laws protecting it from economic boycotts. Either way, Israel will look for a way to punish Ireland for this transgression – either economically, or perhaps a staged terror attack courtesy of the ISIS-Mossad partnership.