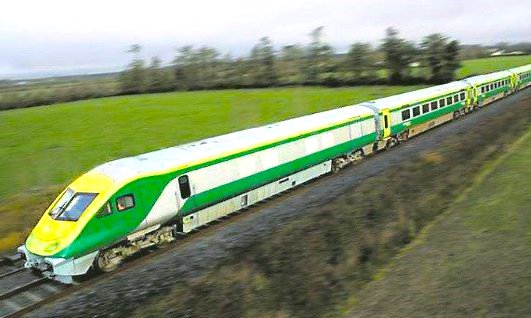 The Irish have gotten their fair share of the “luck” that comes with racial diversity, and now they are lucky enough to have to hire a special new police force that will patrol trains to deter “antisocial” (read ‘criminal’) behavior among “vibrant” migrants:

The customer service roles will be backed up by security in a bid to create more “peace and comfort” for passengers.

The move comes as Iarnrod Eireann have received an increase in antisocial behaviour complaints such as the playing of loud music.

Irish Rail spokesperson, Barry Kenny, says the new positions will help with a number of issues:

“It is obviously a deterrent and it also acts I suppose as an early warning system that if you have somebody there that can see a situation developing we can get support from our own security personnel or indeed the Gardaí if needed as well.”

“That will be something that will be reassuring about that overwhelming majority of people who travel with us to make sure that their travelling with peace and comfort.”

This story, of course, carefully omits any references or even subtle suggestions that this problem is caused by non-White migrants who have flooded into Ireland to take advantage of their generous welfare system (as long as you aren’t Irish).  But everyone in Ireland knows full well that these new train patrols are there to protect White people from non-Whites, not the other way around, and it’s not just about “loud music”.

The fact is that according to police statistics, crime on Ireland’s trains has skyrocketed: intimidation has doubled, vandalism has tripled and assaults have quadrupled.  Virtually all train-related crime all across Europe is being caused by migrants, but having to have armed police on trains is a small price to pay for diversity.  Who would have thought you could get robbed and gang raped on a train in Europe today just because you nodded off?  Now that’s progress we can believe in.