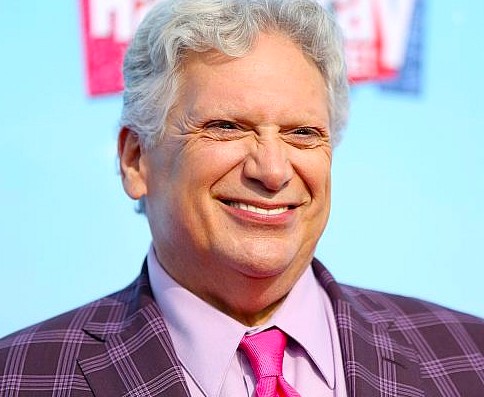 Harvey Fierstein will portray the radical Jewish politician and feminist icon Bella Abzug in an Off Broadway play this fall:

“Bella Bella” will open in October as part of the Manhattan Theater Club’s 2019-20 season.

Dressing in women’s clothing is nothing new for Fierstein: In addition to writing and starring as a drag queen in his breakthrough production “Torch Song Trilogy,” he won a Tony Award in 2003 for playing Edna Turnblad in the musical “Hairspray.”

“Bella Bella” is set on primary election night in 1976, when Abzug lost her bid for a New York Senate seat to a more moderate Democrat, Daniel Patrick Moynihan. She is, according to the advance press material, “squirreled away” in a hotel bathroom “while a coterie of family and celebs await her entrance” once results come in.

Abzug, who served a few terms as a member of the US House of Representatives before losing the Senate bid, described herself “as a tough and noisy woman, a prizefighter, a man hater, you name it. They call me battling Bella.” In addition to being a pioneer in the battle for women’s rights, she fought against the war in Vietnam and was an avid Zionist.

The three-term congresswoman studied at the Jewish Theological Seminary while attending Hunter College.

In these challenging times of identity politics, where is the outrage about the “hateful” and ‘antisemitic” casting choice of a jewish man cast as a jewish woman?  Certainly, the radical subversive Bella Abzug was no looker, but was she so ugly that only an aging jewish homosexual could play her?  There must be some actual female aging jewish actresses who are looks-challenged enough to play Bella such as Barbara Streisand, or how about Ruth Bader Ginsburg who has some free time now?

And this does raise a philosophical question: is it antisemitic to find a jewish woman ugly?  Or is it antisemitic to find a woman ugly simply because she’s jewish looking?  Is it even proper to claim that there is a discernible “jewish look” in some people?  Bella Abzug is an icon of jewish progressives coming out of the counter-culture of the 1960s.  So it’s enlightening to see that her ‘illustrious’ political career is reduced to a gender-bending campy farce with this bizarre if not predictable casting choice.