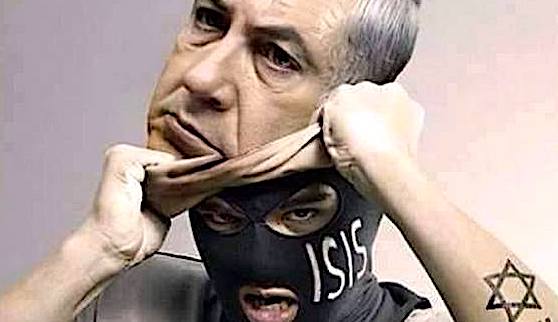 The “obsession” of the so-called “radical Right” in the US and Europe with bioterrorism could lead it to partner with Iran and jihadists like al-Qaeda and Iran, according to a new report by an Israeli think tank:

The report by IDC’s International Institute for Counter-Terrorism (ICT) also notes that the coronavirus wave has spiked the far right and other terrorists’ interest in bioweapons, as well as assisted them with their recruitment.

ICT report lead author Ely Karmon writes that, “Biological weapons [BW] could be considered the second threat among CBRN [chemical, biological, radiological and nuclear] weapons in order of priorities, after the threat of chemical terrorism.”

Karmon explains that a biological weapon has components “produced from pathogenic microorganisms or toxic substances of biological origins,” and they “can be a hundred to thousands of times more potent than chemical agents and provide a much cheaper route to CBRN capability, considering an equal quantity of chemical agents.”

According to the report, “As international controls are strengthened on nuclear and chemical weapons materials, biological weapons become more attractive,” since until now governments have viewed them as a less likely or frequent threat.

In addition, biotechnology expertise has spread more rapidly in recent years with the advent of terrorists of different backgrounds sharing information online, whereas in the past it was viewed as being beyond the reach of anyone, but an elite highly-educated few.

Since the coronavirus pandemic hit, the report says there has been a “heightened volume of graphics, posters and memes circulating online in far right channels in recent weeks,” which “clearly indicates the eagerness of some to use biological weapons as a means of terror.”

The report states, “Islamist terror networks have also urged the intensification of operations against their enemies. However, far right groups appear to be distinguishing themselves by encouraging infected persons ‘to weaponize the virus’ by spreading it to law enforcement officials and non-white populations.”

For example, the report cites a post in a Telegram channel called Eco-Fascist Central circulated in March which “advocated for members to target Jewish communities by simply coughing on the door handles of local synagogues. Another poster called for the same tactic to be employed against critical infrastructure, that is, ‘cough on your local transit system.’”

The report notes a February 17 brief by the US Federal Protective Service Intelligence which flagged white supremacists discussing plans to weaponize coronavirus via “saliva,” a “spray bottle” or “laced items” and presented this as an “‘OBLIGATION’ to spread it, should any of them contract the virus.”

Alarmingly, the case of 36-year-old neo-Nazi Timothy Wilson from Missouri, who tried to bomb a hospital in March believing COVID-19 was engineered by Jews, indicates that individuals are willing to respond to such calls, writes Karmon.

The specific possibility of far right cooperation with Iran or al-Qaeda was played up by Andrei Breivik already in a 2011 manifesto.

Breivik killed 77 people in 2011 in Oslo, and some of the worst far right terrorists globally through 2019 wrote about him as a key inspiration in their own manifestos.

AFTER REVIEWING the possibility of obtaining WMDs from Serbian Nationalists and Christian Nationalists in the Middle East, Bervik explores the idea of receiving WMDs from “extremely high risk sources, Jihadi groups… There might come a time when we, the PCCTS, Knights Templar [a group he formed] will consider to use or even to work as a proxy for the enemies of our enemies.”

Essentially, Breivik writes that if all current efforts fail, the PCCTS, Knights Templar “will for the future consider working with the enemies of the EU/US hegemony such as Iran… al-Qaeda, al-Shabaab or the rest of the devout fractions of the Islamic Ummah with the intention for deployment of small nuclear, radiological, biological or chemical weapons in Western European capitals and other high priority locations.”

Karmon writes that, “Such ad hoc cooperation with jihadi groups or even with Iran [which is known to finance radical right media and Holocaust deniers] should not be discarded but rather monitored closely.”

In terms of harmful impact, Breivik claims that “a briefcase full of high-grade anthrax has the potential to kill as many as 200,000 people if dispersed effectively.”

Writing in 2011, Breivik ironically set a 2020 deadline after which his group would consider itself free to explore all WMD options, including bioterrorism from any seller.

In terms of kinds of bioweapons, Breivik’s treatise focused on Bacillus anthracis (the causative agent of anthrax), ricin and concentrated liquid nicotine.

Breivik focused on using un-aerosolized ricin and nicotine for armed assaults, though the report says the greater concern is a terrorist releasing chemical and/or biological agents into a building’s ventilation system.

On March 27, 2019, and again on August 22, 2019, a document known as the White Resistance Manual began resurfacing on the white supremacist forum Stormfront, says the report.

According to the report, links to the document were shared by multiple accounts on Gab and BitChute, and it has thus far been available for more than 3,000 online users.

Curiously, the report says that the manual bore a striking resemblance to the shorter Lone Mujahid Guide, which was published by al-Qaeda.

The inspiration between far-right and Islamist terrorists works in both directions.

In 2014, an ISIS laptop was found with large amounts of material on WMDs from the White Resistance Manual and other far right publications.

Describing broader trends, the report says that in the last decade, “73.3% of all domestic extremist-related killings in the United States have been perpetrated by right-wing extremists. In Europe, a similar trend is visible. In Germany… domestic intelligence services have observed a steady rise in the number of potentially violent right-wing extremists, with current estimates at 13,000.”

Karmon discusses the views of experts who believe “the threat from far right domestic terrorism is far more serious for US national security than jihadi threats… COVID-19… will give impetus to anti-government conspiracy theories, growing hope, plans, coordination and intention to bring about radical societal transformation through acts of violence.”

Moreover, the report notes recent warnings from UN Secretary-General Antonio Guterres and security experts from the Council of Europe, “The COVID-19 pandemic has shown” terrorists of all colors “how vulnerable modern society is to viral infections and their potential for disruption.”

Other countries with spikes in far right terror potential include Canada, Australia and Norway, with the report providing evidence of increased threats even last week.

This “new” report by the Israeli terror “expert”, Ely Karmon, isn’t new at all but rather merely a rehashing of his 2007 book, Coalitions between Terrorist Organizations: Revolutionaries, Nationalists, and Islamists about the false connections that the ADL, WJC, and other Jewish supremacist organizations are alleging between “White supremacists” and “international terror” groups.

We know Israel wants the U.S. to take out their last remaining “existential” threat, Iran.

We know Jewish supremacist organizations such as the ADL, WJC, and WZO have been ramping up the propaganda that “White supremacist” groups in America and Europe are “conspiring” with these Mossad-affiliated “terror” groups — and the U.S. Department of Homeland Security, which is essentially a sub-division of the IDF at this point, is parroting the same false conspiracy theory.

One prominent Jewish professor has publicly condemned these false allegations by the ADL as “heinous lies”.

We know that the “COVID-19 plandemic” has been a bogus psy-op to prepare us for a future false flag biological weapon terror attack.

We know that many of these “White supremacist” and “White nationalist” groups are actually lead by Jews.

We know that Andrei Breivik cited in this report was both a self-avowed Zionist and a Mason — nothing about that attack should be accepted at face value.

So this Israeli “think tank” report may be laying out how they are going to potentially “kill two birds with one stone.”

As they did with 9-11, they leak their plans for the attack by embedding clues in the media and Hollywood years in advance.

They are lining up their dominoes — for those who have eyes to see.

A biological terror attack, allegedly carried out by an ‘online’ international ISIS-affliated terror group with ties to “White supremacist” groups in America/Europe, all funded and/or coordinated by Iran, of course.

The end result will be new draconian legislation — which has already been written, of course — making any and all forms of “White supremacy,” or “White nationalism,” or “White identity” or “antisemitism” legally prosecuted “terrorism”.

Because this false flag “international” terror “conspiracy” will have been facilitated because of the “unregulated” internet, new laws — which have already been written — will be passed to virtually eliminate the free internet — one of the greatest obstacles to unopposed Jewish supremacy — once and for all.

“I thought it was a reasonable question but the trouble is, you can’t pick up the phone book. There’s no Langley in Israel that you can look up, you know, CIA or, in our case, the Mossad. We thought we should ask, “What shall we call it in English?” We can translate the Hebrew words, and like I said, Mossad is “institute.” But when they write a letter to their friends in the CIA or the British intelligence, what do they call themselves? It took a while. It was a matter of asking the prime minister’s spokesman — the best you could do because officially the Mossad is under the prime minister’s office. And I think he sort of wondered, “Why do you want to know?” and all that, so we explained and he came up with the Israeli Secret Intelligence Service. And if it were to have initials it would be ISIS, just simple words like that — interestingly enough, though, kind of a British model. The British don’t really like the names MI5 and MI6 for their foreign service. They prefer SIS, Secret Intelligence Service.”
—Dan Raviv, Israeli author of Every Spy a Prince, C-SPAN interview, 1990