Is Vaccine Damage Helping Fuel The New Trend of ‘Transgenderism’ In Children? 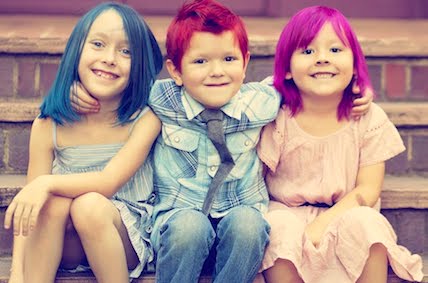 New research indicates that transgender and non-binary individuals are significantly more likely to have autism or display autistic traits than the wider population – a finding that has important implications for gender confirmation treatments:

The study, led by Dr Steven Stagg of Anglia Ruskin University (ARU) and published in the journal European Psychiatry, is one of the first pieces of research to focus on people who identify as non-binary.

It found that 14% of the transgender and non-binary group had a diagnosis of autism, while a further 28% of this group reached the cut off point for an autism diagnosis, suggesting a high number of potentially undiagnosed individuals.

These figures were primarily driven by high scoring amongst those whose assigned gender was female at birth, supporting recent evidence that there is a large population of undiagnosed women with an autism spectrum disorder.

The authors also found higher levels of systematising (a tendency to analyse, control and use rule-based systems) and lower levels of empathy amongst the transgender and non-binary group, characteristics often found in individuals with an autism spectrum disorder.

The study of 177 people reported an autism diagnosis of 4% for the cisgender group (those whose gender identity matches their gender at birth). This is higher than previously-reported estimates for the wider population and the authors believe self-selection for the study could be responsible.

Dr Stagg, Senior Lecturer in Psychology at Anglia Ruskin (ARU), said: “We found that a significant proportion of the transgender and non-binary group either had a diagnosis of autism or displayed autistic traits, including a difficulty in empathising and an overreliance on systematic, rule-based reasoning.

Of course, this study neglects to mention that autism is caused by vaccine damage because that would make the solution to this problem rather simple.  Get rid of these dangerous and ineffective vaccines, and you will greatly reduce gender confusion in children, but we can’t have that.  And even if vaccines were shown to cause transgenderism, the LGBT community would come out firmly behind increased vaccination rates for children, as it would be yet another way to increase their numbers.

But this study shows an alarming potential correlation, with over 40% of ‘transgender’ children showing up somewhere on the autism spectrum.  Officially, all vaccines are “safe” and “effective”, and therefore having nothing to do with autism or transgenderism.  But now any attempt to “cure” autism will potentially be seen as a “covert” way of reducing transgender children, and that would be deemed ‘hateful’ and ‘homophobic,’ so perhaps it would be best for all concerned to forget about finding a cure for autism after all.