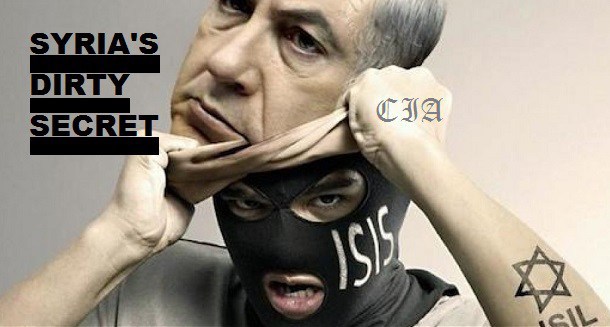 (Sputnik News) The leader of the Sweden Democrats Party (SD), Jimmie Akesson, has received a letter with a death threat allegedly from the Mossad-created terror group Daesh/ISIS, demanding that he withdraw from the election:

The chilling missive, featuring the Daesh Islamist terrorist group’s flag at the top, contains threats both against Akesson and his four-year-old son, along with a demand that he “immediately resign from the election.”

“We will behead you if you do not withdraw from the election by the end of this week,” the letter warned, while making a similar threat against Akesson’s son.

The Swedish Security Service (SAPO) is investigating the incident.

An anti-immigration populist, Jimmie Akesson has seen his political stardom rise after the arrival of more than 160,000 asylum seekers in 2015.

Taking a cue from US President Donald Trump, the Sweden Democrats, which have been thriving on voter discontent, have vowed to “make Sweden great again.”

The once-fringe SD could become the second largest group in parliament, behind Prime Minister Stefan Lofven’s center-left Social Democrats, as popular support for the party has spiked to around 20 percent compared to the 13 percent it garnered four years ago…

After the Scandinavian country received around 163,000 asylum seekers in 2015, the current center-left coalition radically tightened asylum laws. But the Sweden Democrats have continually attacked the government for putting the generous welfare state at risk.

The alternative name for Israel’s Mossad is the Israeli Secret Intelligence Service (ISIS), and it has long been suspected that the Mossad created and continues to support the fake Muslim terror group ISIS/Daesh as controlled opposition.

One needs to look no further than the fact that ISIS has never attacked Israel, even though Israel is —  allegedly — the sworn enemy of the Muslims.

And despite the fact that Israel has a virtual Jews-Only immigration policy, they actively support the flooding of White Europe with Muslims and Africans.

So it would make sense that Israel’s fake terror front group — ISIS — would issue a death threat to an anti-migrant Swedish politician.

The Jews have long thought that they have Sweden in their back pocket, and they are not about to let these “right wing” politicians undo all the damage that they’ve successfully inflicted on Sweden to this point.

The destruction of Sweden will continue, even if that means certain politicians have to be removed with “extreme prejudice,” to coin a Mossad turn of phrase.