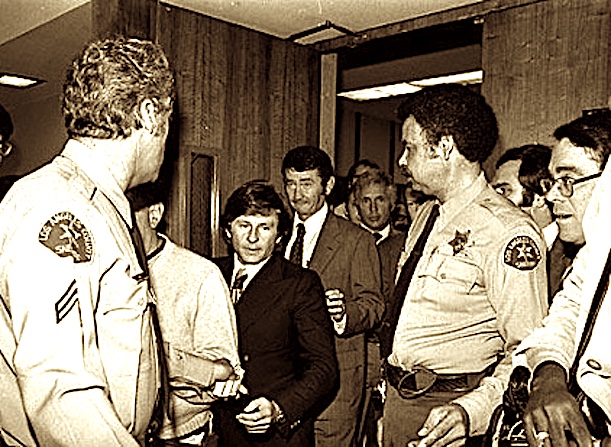 Israel is set to honor the Polish couple who allegedly rescued Jewish film director and child rapist Roman Polanski from the so-called “Holocaust”:

A grandson of Stefania and Jan Buchała will accept the medal naming them posthumously as Righteous Among the Nations, a title that Israel confers on non-Jews who risked their lives to save Jews from the Nazis, Haaretz reported. The ceremony will take place in Poland next week.

The Buchalas hid Polanski, then 10 years old, from 1943 to the end of World War II after his father smuggled him out of the Krakow ghetto.  Yad Vashem, Israel’s state Holocaust museum, recognized the Buchałas’ actions last year. The couple died in the 1950s.

The Buchalas are among 7,112 Poles who have been named Righteous Among the Nations, the highest tally by any single country. Poles account for 25% of all recipients from some 50 countries.

Last month, Israel presented the medal to the descendants of four couples in neighboring Lithuania: Stanislava and Juozas Gaižauskas; Palionė and Juozas Sturonai; Petronėlė and Pranas Šimka and Petronė and Vincent Pocius.

The ceremony was part of a Sept. 24 conference in the city of Kaunas celebrating the actions of Chiune Sugihara, a Japanese diplomat who, along with his Dutch counterpart Jan Zwartendijk, gave life-saving visas to thousands of Jews fleeing the Holocaust.

Zwartendijk, who died in 1976, was also honored at a separate event in The Hague organized on Sept. 22 by the Lithuanian embassy to the Netherlands.

And yet at the same time Jews are trying to extract billions from the Poles for allegedly “collaborating” with the Nazis to round up millions of Jews, shave their heads to save their lives from typhus-carrying lice, and then put them in gas chambers disguised as showers to kill them anyway.

And when the Poles refused to go along with this latest Jewish shakedown, a Jew literally spit in the face of the Polish Ambassador to Israel.

One has to wonder if that “righteous” Polish couple who “saved” the 10 year old Roman Polanski from the Nazis had lived long enough to see him grow up, become famous, and then drug and anally raping a 14 year old child — and then flee the country to avoid spending a day in prison — whether or not they would have regretted saving him.

Perhaps Hollywood could make a movie about that — a Jewish version of “It’s A Wonderful Life” where an elderly Jew is shown by an angel what a wonderful world it would have been if only had he died as a child in the “Holocaust”.

And yet this vile homunculus continues to be showered with awards from his fellow like-minded degenerates in Hollywood — each time a new victim comes forward Polanski is feted even more.

This sexual degeneracy in Jewish men is often fueled by their intense and obsessive attraction to pure and beautiful “gentile” women whom their rabbis tell them are “unclean animals” — creating intense feelings of self-loathing and hatred for those objects of desire.

Billy Joel sang about his angry obsession with shiksas in “Only The Good Die Young” and “Uptown Girl“.

And Larry David joked about their victims on Saturday Night Live: