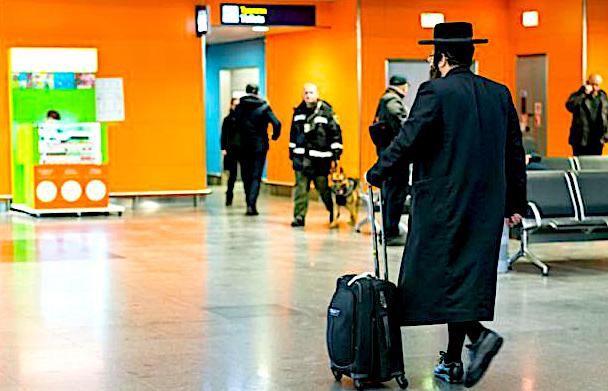 The Tel Aviv District Court in Israel has ordered Iberia Airlines to pay a passenger nearly $3,000 because his waylaid suitcase wasn’t returned to him as fast as he expected:

“One day after the passengers left Israel, Iberia knew where the suitcase had disappeared to,” Channel 12 quoted the court as saying.

“However, the airline did not do its proper diligence in order to return the suitcase to the plaintiffs with the proper speed, and the suitcase was only returned many days later.”

This passenger wasn’t awarded $3,000 because his suitcase was lost but rather merely delayed, which happens thousands of times each day to airline travelers around the world.  If the airline does not appeal this ruling, it could set a legal precedent which every Jew in Israeli and elsewhere will exploit to financial shakedown the airlines for common delayed luggage.

And notice how the article fails to mention just how long the delay in returning the suitcase actually was.  If it had been 6 months, the article would have mentioned it.

But we’ve come to realize that Jews have special privileges when they travel, and the airlines are expected to bend over backwards to satisfy their complaints and demands, and if the airlines don’t do it in a timely manner, they will be accused of antisemitism.

Of course, this article insinuates that the airline knew exactly where the lost suitcase was, but intentionally delayed returning the suitcase for obviously nefarious reasons, probably because the baggage handlers “hate Jews” for no reason whatsoever.

And if this kind of arrogant behavior bothers you, well, that’s a sure sign you are an antisemite.