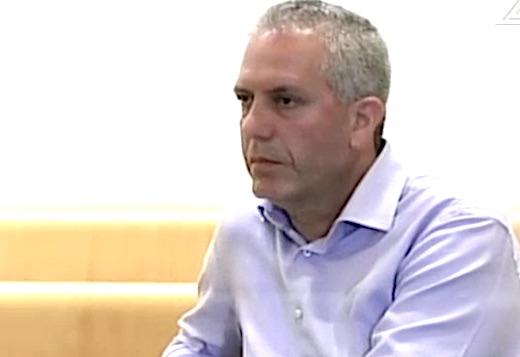 A Jewish pediatrician who was convicted of possessing and distributing some 190,000 child pornography videos and images can serve as a medical supervisor at the Health Ministry’s student health services department, an Israeli court ruled last week:

Avraham Barkai will be able to pay visits to schools but not treat children in his new position, which a panel of judges at the Nazareth Regional Labor Court determined that he should be allowed to fill, going against the recommendation of the Civil Service Commission.

Barkai was convicted in 2011 of being part of an international child pornography distribution ring and later sentenced to 18 months behind bars. However, the punishment was reduced on appeal to six months of community service, a nine-month suspended sentence and a NIS 20,000 ($5,690) fine.

For over a year up to his conviction, but after he had already been charged, Barkai continued to practice at a Haifa clinic of the Meuhedet HMO after a Health Ministry disciplinary committee ruled that he could continue to see children as long as a parent or nurse was in the room.

The disciplinary committee went on to rule that despite the charges, Barkai did not pose a danger to children as he had not been accused of physical acts against minors. As a result, it ruled that the pediatrician’s license should only be stripped for two years, and by July 2013 Barkai got his license back….

However, senior officials in the Health Ministry have come to Barkai’s defense. In 2014, the Health Ministry’s senior vice president of Administration and Human Resources, Dov Passat, submitted a letter to the disciplinary committee asserting that there should be nothing preventing Barkai from applying for tenders for positions as a pediatrician. The letter was submitted by Barkai as an official position of the Health Ministry to the Petah Tivka Magistrate’s Court, which ruled in 2018 that he be granted an exemption from the ban on employing convicted sex offenders as he does not pose a risk to the public, even if he works as a pediatrician.

In late 2018, a medical board voted unanimously to award Barkai a position as medical supervisor at the Health Ministry’s student health services department in the northern district. The Civil Service Commission subsequently interfered and blocked the appointment, stating in a 2019 hearing that “while the job at hand does not require clinical care for children, its core is oversight of student services and some of its assignments take place on school grounds and during the school day… Taking into account the nature of the offenses of which Dr. Barkai was convicted, [granting him this position] can greatly damage the image of the Civil Service Commission and the public’s confidence in its institutions.”

Simply put, Jews — especially Jews in Israel — do not treat pedophilia as a serious crime the way White Christian societies do.  The pedophile is always given the benefit of the doubt with reduced prison sentences and cursory slaps on the wrist.

This leniency toward pedophilia, of course, can be found in the Jewish “holy” book, The Talmud, and child rape has literally become a pandemic among religious Jews, according to a whistleblower rabbi.

And as our White Christian nations become more and more judaized under the oppressive influence of Jews in positions of power, we see an increasing inclination for courts and the media to show sympathy for dangerous pedophiles.

All this media coverage of pedophiles, like homosexuals before them, serves to desensitize us to these abhorrent criminals.

As the article clearly states, just because you collect and distribute massive amounts of child pornography, it’s doesn’t necessarily follow that you’re a “pedophile” or an actual threat to physically abuse real children.

That’s the kind of “logic” you’ll find throughout The Talmud — Martin Luther referred to it as “talmudic hairsplitting”.

Pedophiles need our ‘protection’, not our condemnation, according to ‘experts’ who just so happen to mostly be Jewish.

The endgame is to recast pedophilia as just another sexual orientation or “lifestyle”, and the public school systems have begun to push this “progressive” perspective.

And if you have a problem with your child’s Jewish pediatrician being a convicted sex offender, then you’re probably an ‘antisemite’ who is the real danger to society.