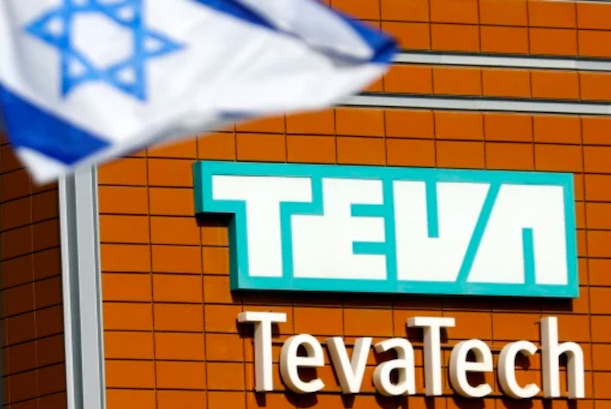 Teva was named Friday in an anti-trust lawsuit brought by over 40 US states alleging a price-fixing conspiracy among drug manufacturers, with the Israeli company said to have raised the costs of some medications by over 1000 percent:

“Teva is a consistent participant in the conspiracies identified in this complaint, but the conduct is pervasive and industry-wide,” stated the complaint, according to Bloomberg.

The lawsuit “puts Teva at the center of the conspiracy,” to collude with drug makers to artificially raise prices, Bloomberg reported.

According to the Washington Post, the lawsuit claims executives at the drug companies deleted text messages and worked together to obstruct the investigation.

During a 19-month period from 2013 to 2015, Teva is said to have significantly raised prices on around 112 generic drugs and colluded on at least 86 other drugs, the states said in the suit, according to the report. Some of the increases were more than 1000%.

“Through its senior-most executives and account managers, Teva participated in a wide-ranging series of restraints with more than a dozen generic drug manufacturers, all of whom knowingly and willingly participated,” the suit stated.

The suit is being brought by more than 40 states led by Connecticut Attorney General William Tong.

“That the biggest generic drug manufacturer in the world is one of the leaders of this marketwide collusion is beyond disappointing, and in some ways dispiriting,” Tong told the Washington Post, referring to Teva.

“We have hard evidence that shows the generic drug industry perpetrated a multi-billion dollar fraud on the American people,” Tong said in a statement. “We all wonder why our health care, and specifically the prices for generic prescription drugs, are so expensive in this country — this is a big reason why….”

“This is most likely the largest cartel in the history of the United States,” Joseph Nielsen, an assistant attorney general and antitrust investigator involved in the probe, told the US newspaper.

So the largest organized criminal “cartel” in America runs its international operations out of Israel, and it has bilked the American taxpayers out of billions of dollars, and yet it is unlikely that the U.S. government will stop doing business with Teva.

After all, why punish an entire company for the actions of a “few bad apples” with “Irish” last names?  One might be tempted to think that this issue could become a big campaign issue for the Democrats who want to criticize Trump for his cozy relationship with Israel, but we know that will never happen.

But we can’t look too deeply into this issue because such an investigation might reveal just how many jewish Americans, like the Sackler family, also dominate the pharmaceutical industry.

Senator Joe McCarthy’s investigation into the communist conspiracy in America had to be squashed at a certain point when it became all too apparent the our “communist” problem was actually a “jewish problem” at its core.

Surely, government investigators don’t want to be accused of an antisemitic witch hunt, so perhaps it’s just best that this and other “jewish conspiracy theories” be dropped.