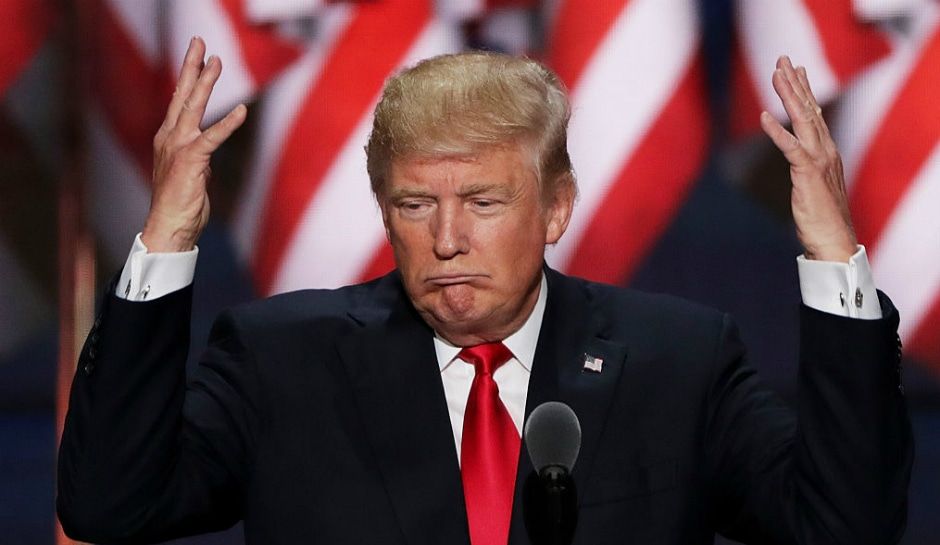 While Israel announced that it is rejecting the U.N. pact on migration and tightening its border security, jewish attorneys at the ACLU have successfully undermined President Trump’s plan to block asylum seekers who enter the U.S. illegally:

A federal judge late Monday blocked the Trump administration from denying asylum to migrants who enter the U.S. illegally.

Judge Jon Tigar of the U.S. District Court for the Northern District of California sided with opponents of President Trump’s policy, granting their request for a temporary restraining order.

“Whatever the scope of the President’s authority, he may not rewrite the immigration laws to impose a condition that Congress has expressly forbidden,” the Obama appointee wrote in his 37-page ruling.

The administration’s claim that its policy can be harmonized with the Immigration and Naturalization Act is unpersuasive, Tigar wrote.

If the rule were allowed to take effect while the case plays out in court, Tigar said the challengers – East Bay Sanctuary Covenant and three other organization that help refugees – would suffer irreparable injury.

“Asylum seekers will be put at increased risk of violence and other harms at the border, and many will be deprived of meritorious asylum claims,” he said. “The government offers nothing in support of the new rule that outweighs the need to avoid these harms.”

Trump earlier this month clamped down on asylum claims as part of his broader efforts to crack down on illegal immigration.

The Justice Department and Department of Homeland Security had earlier published a joint rule prohibiting certain people caught crossing the U.S. southern border from Mexico between ports of entry from claiming asylum.

“Our asylum system is overwhelmed with too many meritless asylum claims from aliens who place a tremendous burden on our resources,” acting Attorney General Matthew Whitaker and Homeland Security Secretary Kirstjen Nielsen said in a joint statement at the time.

The rule was opposed by immigration activists and civil rights groups including the American Civil Liberties Union (ACLU) and Center for Constitutional Rights.

“This ban is illegal, will put people’s lives in danger, and raises the alarm about President Trump’s disregard for separation of powers,” ACLU attorney Lee Gelernt, who argued the case, said in a statement Tuesday. “There is no justifiable reason to flatly deny people the right to apply for asylum, and we cannot send them back to danger based on the manner of their entry.”

Baher Azmy, a lawyer with the Center for Constitutional Rights, added that the law “couldn’t be clearer” in stating that asylum claims are expressly allowed for individuals who enter the country through a manner besides a legal port of entry.

“Individuals are entitled to asylum if they cross between ports of entry,” he said.

The asylum crackdown came as a caravan of Central American migrants moved northward through Mexico toward the U.S. border.

Ahead of this month’s midterms, Trump focused his rhetoric on immigration and the caravan itself, but he has been largely quiet about the migrants since the elections took place.

Israel doesn’t care about international law because they don’t have to care about it — and no one is going to tell them what to do, except for the toothless U.N. which has no power whatsoever to punish Israel and make it obey the law.  One would think that America, allegedly the most powerful nation in the world, would be able to ignore the law as Israel does when it was in its best interest to do so, but it can’t and won’t.  We are forced to obey the law, not because we are a moral nation, but because Jews control our legal system, and when anyone, especially the President, gets out of line, he will be paralyzed by a flood of lawsuits.

America should not have laws that protect the rights of non-citizens who attempt to enter this country illegally, but we do have such laws, not because we really care about the rights and well-being of these invaders, but because the Jews want every avenue open to them, and they want to make it impossible to legally turn them away.  From a legal point of view, the Jews want to make it impossible for White people to remain a majority in their own country, and if you have a problem with their agenda, you are a racist and an antisemite.