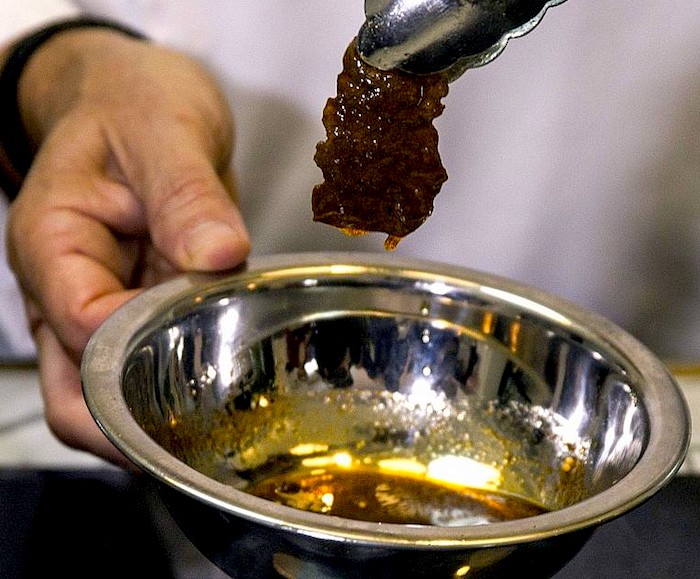 This week the Israelis announced two huge technological advances — sending their first space probe to the moon and growing ‘clean’ lab grown ‘meat’ that will pave the way for the world’s first kosher cheeseburger:

Several Israeli startups have joined a handful of companies around the globe trying to develop lab-grown meat, something they see as a solution to the needs of the world’s ever-growing population and burgeoning demand for food.

The product has been known under different names, including cultured meat, in-vitro or artificial and “clean meat” — a term advocates say underscores its environment-friendly nature. It’s basically made of animal muscle cells grown in a culture in a lab, a technology similar to stem cells.

And while “synthetic steaks” are perhaps not a candidate for everyone’s favorite dish, they could someday compete with conventional chicken or beef, an affordable price tag permitting.

Israel has a thriving high-tech scene, so the pursuit of lab-grown meat was a natural avenue for its entrepreneurs, experts say. The government’s Innovation Authority has also sought to stimulate food-technology companies through grants and the financing of a $25 million food-tech incubator.

Israel currently imports much of its meat and the government is invested in creating food security.

For observant Jews, several prominent Orthodox rabbis have already expressed approval for lab-grown meat being kosher. Because it doesn’t come from a slaughtered animal, some rabbis have even said cultured meat could be consumed as a cheeseburger — a combination of meat and milk otherwise forbidden in Jewish tradition.

It’s not surprising that Israel would be taking the lead in producing lab-grown “meat” especially when they have a Talmud that instructs Jews how to circumvent any moral or ethical considerations which may happen to stand in the way of making a huge profit or even a kosher cheeseburger, which many Jews thought would never be possible.

And if Jews were truly concerned about reducing animal suffering, they really don’t have to promote eating lab-grown ‘clean’ meat.  How about just out-lawing kosher slaughter where the animal is hung alive from a hook and then has its throat slit so that it can slowly bleed to death?  If Christians refuse to eat Isreali-grown lab meat, will they be smeared as antisemites?  Will future anti-BDS legislation include provisions for lab-grown meat?  So much to consider when you are a Jew.