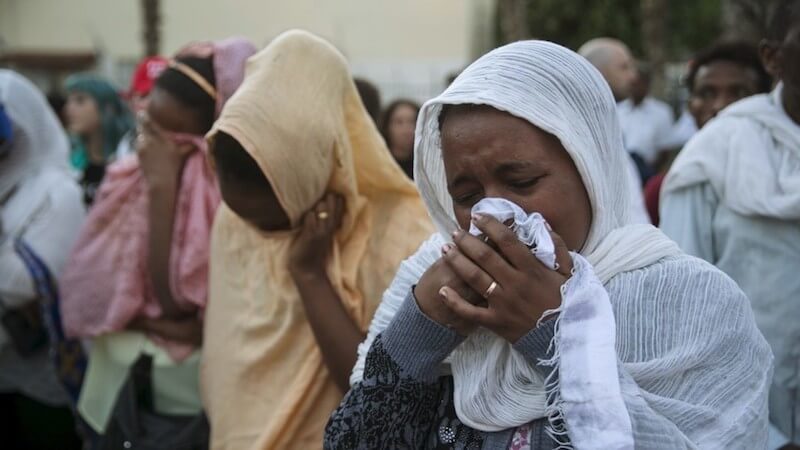 “An Israeli man has avoided jail time and instead been sentenced to 100 days community service for his role in a mob beating of an Eritrean asylum seeker mistaken for a terrorist in the aftermath of an attack.

The Beersheba District Court sentenced David Muial, 33, on Wednesday, for his participation in the 2015 mob beating of Haftom Zarhum, 29, as he lay bleeding on the floor of a bus station.

In October 2015, Zarhum was an innocent bystander during a bus station gun attack by an Arab Israeli. The attack left four people dead and 10 wounded. He was shot during the ensuing chaos by a security guard who mistook him for being involved in the attack.”

If this had happened in America or Europe, this man surely would have faced a long prison sentence, but in Israel killing non-jews for almost any reason is barely frowned upon.

These are same Israelis that care so much about Africans that they spend millions helping them get asylum status in Europe. In fact, Israel has paid Sweden to take many of their unwanted African migrants – no doubt with financial aid from the U.S. taxpayers.