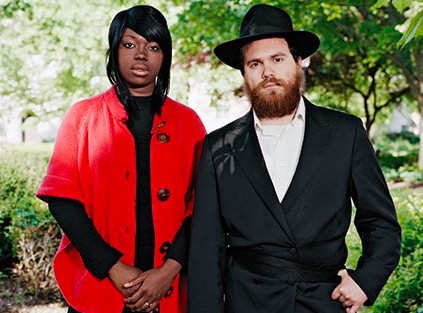 The high rate of Jews outside of Israel who are marrying non-Jews, particularly those in North America, is “like a second Holocaust,” Israeli Education Minister Rafi Peretz declared in a cabinet meeting:

The Jewish community “lost 6 million people” over the last 70 years because of intermarriage and assimilation, Peretz told a cabinet meeting on trends in Jewish communities around the world, particularly in the US. His spokesman confirmed the statement to Israeli Channel 13.

American Jews, unsurprisingly, were outraged.  Anti-Defamation League CEO Jonathan Greenblatt called the remarks “inconceivable” in a tweet, adding that “This kind of baseless comparison does little other than inflame and offend.”  The ADL tweeted an additional response in Hebrew, blaming Peretz’s statement for “add[ing] to the already existing tension between Israel and US Jewry” and pleading with him to “engage in respectful dialogue.”

“Israel’s government has a moral responsibility to maintain and improve the country’s relationship with diaspora Jews in general, and with the American Jewish community in particular,” Jay Ruderman, president of the Ruderman Family Foundation, a Jewish organization that advocates for people with disabilities.

And Peretz’s fellow ministers – some of them, anyway – took a dim view of the comment.  “First we need to stop disregarding and looking down on Jews in America that see themselves as Jews not only religiously but even more culturally and historically,” argued Minister of Energy Yuval Steinitz.

But PM Benjamin Netanyahu shared Peretz’s alarm over demographic trends, claiming US Jews are abandoning Jewish traditions in a trend that is not easily reversed.

Support for Israel among American Jews has been declining for years, and Peretz’s comments – far from the first to compare assimilation to the Holocaust – are unlikely to heal the rift.

Ironically, Israel receives much more support from evangelical Christians than it does from Jews in America.  Not only that, belief in the so-called Holocaust is much more important to “jewish identity” than supporting the Zionist state of Israel.  Without the constant specter of the Holocaust and neo-Nazis courtesy of the ADL, secular atheist Jews could very well completely abandon their jewish identity, which shows just how fragile the whole concept of what being a “Jew” today actually is.

Another level of irony here is that all Jews are race mixed already, and this fear of more “intermarriage” can’t possibly be a real fear and yet it appears to be, but only because it undermines support for Israel.  Of course, the jewish media and Hollywood constantly promote race mixing among Whites, and portray it as something “positive” as a means of eliminating “racism” and promoting “hybrid vigor” and other nonsense.  Whites must be either replaced by imported racial aliens or race mixed out of existence in order for Jews to feel “safe” and “secure” in a new world with no opposition to their power.