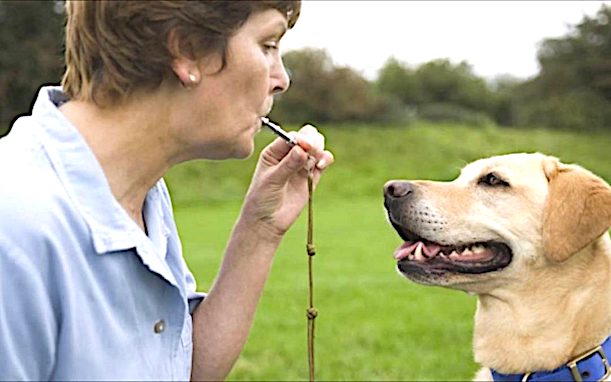 A study conducted by Dr. Gabriel Weimann — a professor of communication at the University of Haifa, Israel — has revealed the existence of a new coded language on social media being used by “antisemitic” and “white supremacist” groups which allows  them to fly under the radar of artificial intelligence algorithms designed by Jewish watchdogs to rout them out and avert “another” Holocaust before it can gain traction:

This sophisticated language, which is used for both propaganda and recruitment purposes, is hidden in plain sight and encourages violent incidents like the Christchurch shooting in New Zealand or the January capitol riots.

The study explores the emergence of this new language, its characteristics, transmission and usage and its findings are intended to serve both law enforcement and private sector hi-tech organizations in their quest to combat hate speech online. Given the popularity of the platform, the study focused primarily on images and messages disseminated on Facebook.

Posts used for the analysis were identified qualitatively after scanning hundreds of relevant groups and pages, eventually reaching a smaller sample of tens of pages (with a minimum of 500 followers or likes) as an initial seed group.

Much of this coded language the study found was shown to rely on the use of “dog-whistles,” a coded message communicated through words or phrases commonly understood by a particular group of people, but not by others.

The method could be as simple as swapping one word for another such as far-right users calling Jews “Skypes,” African-Americans as “Googles” and Latinos as “Yahoos.”

Yet, some tactics are more intricate and dabble in numerology where numbers stand for people or concepts. The number 88, for example, stands for “Heil Hitler,” since H is the eighth letter in the alphabet. Finally, the language also employed visual cues often by manipulating already popular memes found in pop culture. This method is by far the most sophisticated one as an algorithm’s ability to detect hate speech within an image is still limited.

While Weimann is currently working on a comprehensive glossary of terms chronicling instances of this coded language and what it means, he hopes this study will encourage law enforcement and hi-tech companies to be more vigilant and aware that their algorithms are not the be-all and end-all of ending hate speech.

“It’s clear that security, counter-terrorism, and government agencies, as well as social media platforms, are doing much to crack down on abuse,” Weimann said. “But we need to educate the operators of these companies that run social media platforms to report these violations and also teach their users how to spot them. A human eye is still much more savvy than a computer-generated algorithm.”

So successful is this new language based on numbers, acronyms, and hidden images, that it has driven the formation of alternative social media sites such as Gab, Bitchute, and imageboards such as 4Chan, 8Chan, and Neinchan.

“While this is purely an academic study, it has real-world implications,” Weimann added. “Being Internet savvy and understanding what you’re seeing online is important. We need to learn what they do, slow them down, and reduce their activity and efficiency. Words kill even if in a new language.”

Woodrow Wilson alluded to this awesome power in his book, The New Freedom (1918):

Since I entered politics, I have chiefly had men’s views confided to me privately. Some of the biggest men in the United States, in the field of commerce and manufacture, are afraid of something. They know that there is a power somewhere so organized, so subtle, so watchful, so interlocked, so complete, so pervasive, that they better not speak above their breath when they speak in condemnation of it.

And, yes, when you become that powerful, you will inevitably become paranoid — not unlike the Cuban cocaine warlord, Tony Montana, in Scarface — imprisoned by his own wealth and power — surrounded by bodyguards and surveillance cameras.

When Jews in America became wealthy and powerful, they became boastful — even ebullient — and having a materialistic desire to let the world know about it.

Yes, they have naturally have bragged among themselves that they literally “own the whole freaking” country.”

Or when they frankly admit — on national television — that they are using that power to flood White Christian nations with Third World racial aliens — to distract White people from focusing on inordinate Jewish power in their countries.

Jewish actors and directors have openly admitted that Jews do, in fact, control Hollywood — but if non-Jews agree with them, Jews act as if the goyim are literally out to kill them.

Watch how excitedly Rabbi David Eliezrie discusses the fact that mutli-billionaire Jewish oligarchs — affiliated with Chabad — literally control Russia, the KGB and Vladimir Putin — but if you don’t share the rabbi’s enthusiam, you’re probably an antisemite.

The bottom line is that Jews don’t mind if you know about their wealth and power — after all, you need to know about it in order to fear them — but they just don’t want you talking about it publicly — even using “dog whistles”.

They are spending billions of dollars on advanced technologies to silence you — even imprison you if they have to — if you object to being ruled over by this hostile and alien elite.

You may fear their “terrible power of the purse” — just don’t talk about it.

As the grandfather of Zionism, Theodor Herzel cautioned,

When we sink, we become a revolutionary proletariat, the subordinate officers of all revolutionary parties — and at the same time, when we rise, there arises also our terrible power of the purse.