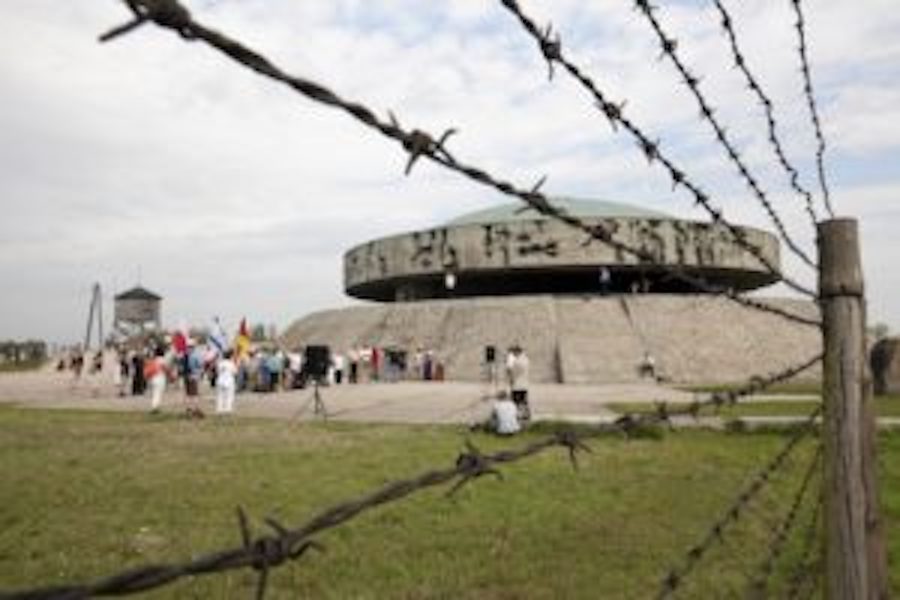 To many Jews, the remains of the WWII concentration camps are sacred places of worship, much like Mecca is to Muslims.  But apparently many younger Jews do not take these religious sites as seriously as they should.  Recently, two young Israelis showed their fellow Jews just what they thought of the camps:

Two high school students from Israel were expelled from a Holocaust educational trip to Majdanek, a former Nazi concentration camp in Poland, after one of them was caught on security cameras dancing au naturel.

They were apprehended by local authorities and later flown back home, Haaretz reports. One of the students, who reportedly exposed his buttocks, was fined, while the other got away with a warning.

In a statement on Monday, Israel’s Education Ministry condemned their actions and pointed to its hardline stance on “any behavior that could harm the status and values represented by the trips to Poland.'”

According to officials of the district where the students’ school is located, they would face an investigation.

This isn’t the first time that young Israelis visiting these concentration camps have shown disrespect for these shrines. Many of the local Poles have complained about the rude behavior of the visiting Israelis who obviously don’t take the official narrative of WWII nearly as seriously as they are expected to.

After all, it is the existence of these camps – and what allegedly happened there over 70 years ago – that provides the moral justification for the existence of Israel as a nation – and gives them a “get out of jail free card” for any reprehensible behaviors they engage in.

Without the universal reverence for the concentration camp victims, Israel would be just another rogue state in the Middle East that ignores international law, bullies its neighbors, and steals their land.