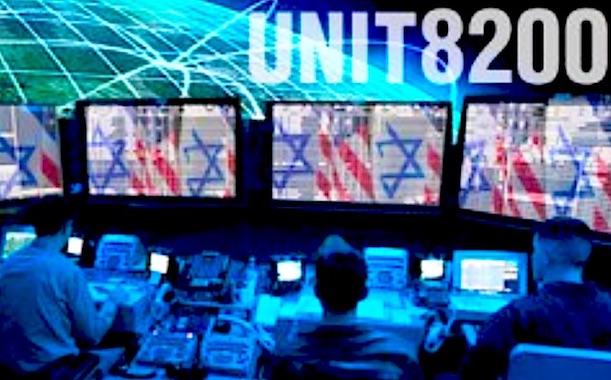 Ford Motor Co. announced it has hired Colonel Gil Gur Arie, a “former” leader of Israel’s military intelligence corps, the super elite Unit 8200, to oversee its big-data analytics as the automaker moves to connect all its cars to the internet:

Retired Colonel Gil Gur Arie, 44, will become chief of Ford’s global data insight and analytics on May 1 as part of a broader initial executive shuffling under new Chief Operating Officer Jim Farley. Gur Arie will report to Farley, the heir apparent to Ford Chief Executive Officer Jim Hackett, according to a statement.

Ford equipped all new vehicles with cellular connectivity last year and has said it will outfit new models with high-speed 4G LTE modems this year. The connections provide a portal into the vehicle for drivers to receive software updates and marketing information, while giving automakers a huge cache of data on how its vehicles are operating. Analyzing that data smartly gives carmakers an edge in deciphering what drivers desire and will pay for in their cars.

Farley, who has said he is on a mission to accelerate Ford’s $11 billion global restructuring, also promoted North American chief Kumar Galhotra, 54, to president of Americas and International markets. And he elevated global purchasing vice president Lisa Drake, 47, to the newly created role of chief operating officer of North America, with a mandate to oversee new model launches, warranty cost reduction and material cost improvements.

After disappointing investors with weaker earnings last year in part due to the botched launch of the Explorer sport utility vehicle, Ford recently withdrew its profit forecast for 2020 — which already was below estimates — citing the affects of the coronavirus pandemic.

According to independent investigative reporter, Whitney Webb, so-called “alumni” of Israel’s Unit 8200, like Gur, maintain close relationships with the spy agency, often “blurring the line” between their new activities in the private sector and the ongoing work of 8200.

Unit 8200 programming spooks create “back doors” into software used by private sector companies — which have included Google, Microsoft, and Facebook — to allow Israel to become a global “cyber power”.

Former 8200 commander Yair Cohen told Forbes in 2016, that “there isn’t a major operation, from the Mossad or any intelligence security agency, that 8200 is not involved in.”

Bill Gate’s Microsoft is inextricably linked to Unit 8200, according to research done by Whitney Webb.

As we’ve previously reported, “American-Israeli” billionaire Paul Singer is intimately involved with Unit 8200 through Start-Up Nation Central, an entity he has financed whose purpose appears to be to siphon off the choicest, most powerful tech companies and jobs to Israel.

So rest assured, if you buy a car from Ford, someone in Tel Aviv is going to know everywhere you drive it from the moment it leaves the dealership.

The Jews have never forgiven Henry Ford for exposing their crimes to the world, and this Israeli takeover of his former company no doubt is part of their behind-the-scenes payback.