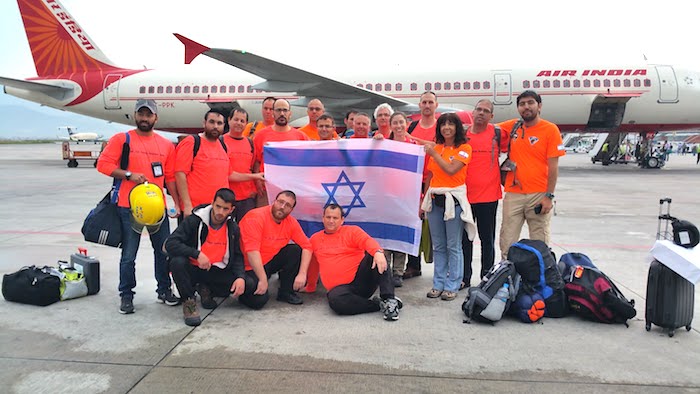 Israel’s lack of response to the recent catastrophic earthquake in Indonesia has precipitated some questions as why Israel helps some countries in need but not others, and the answer often comes down to how best polish Israel’s public image:

On Friday, a 7.5 magnitude earthquake hit the island Sulawesi, in central Indonesia, and triggered a tsunami. Nearly 1,350 people have died as a consequence of the natural disaster…

But as of Tuesday evening, official Israel has not offered to send any help. Both the Foreign Ministry and the Prime Minister’s Office ignored several queries by The Times of Israel asking why Jerusalem was not displaying the same readiness to help it has shown various other countries in the past.

Jerusalem and Jakarta do not have formal diplomatic relations but there are unofficial contacts, and Israel has expressed interest in forging ties.

Netanyahu met with Indonesian Vice President Jusuf Kalla in New York last week, a rare public meeting of top-level officials from the two countries. Indonesia, the most populous Muslim country in the world, has historically shied away from open contacts with Israel…

Israel in the past has described its disaster relief efforts as both humanitarian driven and a form of public advocacy, showing a side of the country often overlooked by the international community. Some critics have derided the practice as so-called “rubble-washing.”

Helping other countries in need is “the most effective kind of diplomacy,” then-foreign minister Avigdor Leiberman said in 2015. “In crafting a country’s image, nothing is more effective than providing aid.”

In November 2017, Netanyahu said Israel had offered assistance, via the Red Cross, to the people of Iraq and Iran after a magnitude 7.3 quake killed at least 530 people injured thousands across the region.

“I just saw the pictures of the destruction in Iran and Iraq from this week’s earthquake. And I saw these heartbreaking images of men and women and children buried under the rubble. So I am proud to announce tonight that a few hours ago I directed that we offer the Red Cross medical assistance for the Iraqi and Iranian victims of this disaster,” Netanyahu said at the time.

“I’ve said many times that we have no quarrel with the people of Iran,” he added.

“Our quarrel is only with the tyrannical regime that holds them hostage and threatens our destruction. But our humanity is greater than their hatred. Israel continues to be a light unto the nations and this is what I am proud of. And all of you can be proud of Israel’s morals, and Israel’s might.”

An official in Netanyahu’s office said, however, the offer was immediately rejected.

Jews dominate the philanthropy industry, making sure that huge amounts of their ill-gotten wealth goes toward social programs that further advance the jewish agenda.  There are Jews sitting on the board of virtually every major non-profit to make sure that no one who opposes the jewish agenda receives any funding.  Wealthy Jews are expected by the jewish community to lavishly donate part of their money to designated jewish causes, and any Jew who does not give when asked will often be ostracized by the jewish community at large.

And of course the Jews are masters at public relations — and they love to point out their public generosity as proof that the old stereotypes about Jews are not true.  But Jews never give a dime without expecting something in return — they invented the concept of giving with “strings attached.”

The Israelis know that slaughtering innocent Palestinian children is not a good look with the rest of the world, so when there’s a strategic natural disaster somewhere in the Third World, they’ll send a team of “experts” to help out — and then get all the jewish-controlled media outlets to report on their “outpouring of generosity.”  Israel’s “anti-semitic” critics call this P.R. trick “rubble scrubbing.”