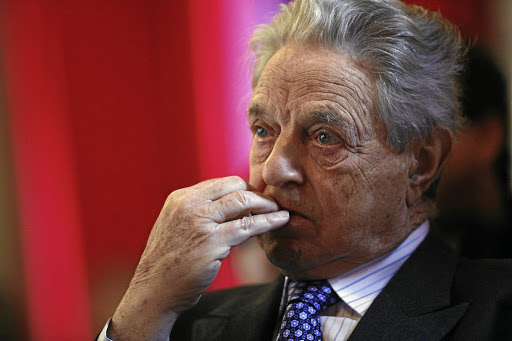 As part of a strategic move to pave the way for Benjamin Netanyahu’s visit to Hungary last year, Israel’s foreign ministry issued a formal denouncement of the billionaire George Soros:

Soros, a Hungarian-born Jew, has repeatedly been targeted by Hungary’s right-wing government, in particular over his support for more open immigration. In the latest case, Prime Minister Viktor Orban has backed a campaign in which Soros is singled out as an enemy of the state.

“Let’s not allow Soros to have the last laugh” say billboards next to a picture of the 86-year-old investor, a campaign that Jewish groups and others say foments anti-Semitism.

Soros, who rarely addresses personal attacks against him, has not commented on the billboards. But Hungarian Jewish groups and Human Rights Watch, an organisation partly funded by Soros, have condemned the campaign, saying it “evokes memories of the Nazi posters during the Second World War”.

Israel’s ambassador to Hungary denounced the campaign, saying it “sows hatred and fear”, an apparent reference to Hungary’s part in the deportation of 500,000 Jews during the Holocaust. But hours after the ambassador’s comments at the weekend, the foreign ministry issued a “clarification” saying that Soros was a legitimate target for criticism.

This jewish “denouncement” of Soros should not be taken seriously by anyone who understands the political game that’s afoot.  Israel wants Victor Orban to think that there are Jews who support his nationalist policies, when in reality, nothing could be further from the truth.  As the article points out, Soros rarely responds to his critics, especially his jewish critics, because he knows that this criticism is part of a larger political strategy to undermine all White nations, especially those in Eastern Europe who openly oppose the jewish nation-wrecking agenda.

And yet we see that Jews on the “Left” are claiming that this criticism of Soros, even if it comes from other Jews, is antisemitic.  And we need to be reminded that half a million Jews were deported from Hungary during WWII — because “another” alleged “Holocaust” is potentially right around the corner if Jews allow any criticism of any Jew anywhere in the world to go unchallenged.  What Israel’s Foreign Minister is really saying is that it’s okay for Jews to criticize Soros if it is advantageous for Jews, but not the goyim.