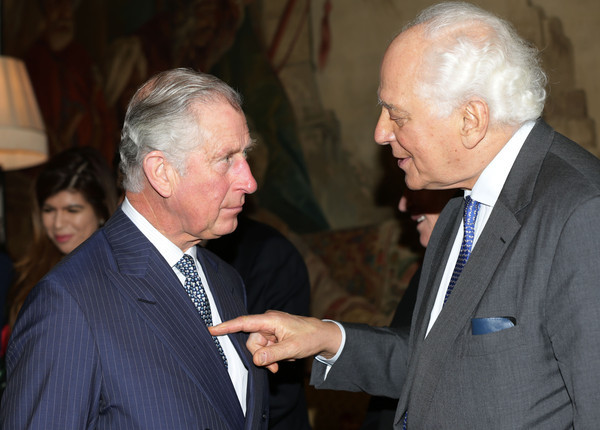 Italian senator Elio Lannutti, of the populist Five Star Movement, incurred the ire of international jewry when he issued a Tweet that linked to a website with anti-Semitic content claiming Rothschild global dominance:

An Italian lawmaker sparked outrage with a tweet asserting that the famous wealthy Jewish family, the Rothschilds, control international banking and appeared to buy into the notorious anti-Semitic hoax, “The Protocols of the Elders of Zion.”

Five Star party leader Luigi De Maio also said he “distanced” himself and the party as a whole from it. The Jewish community website Moked called the tweet “a delusional post” that “reinforces the arguments presented in ‘The Protocols of the Elders of Zion.’”

After deleting the tweet, Lannutti posted an apology on social media saying he had not intended to offend anyone and stating that linking to content did not mean he agreed with it. He denied being an anti-Semite.

In his deleted tweet, Lannutti had written that “The ‘Group of the Elders of Zion’ and Mayer Amschel Rothschild, the skillful founder of the famous dynasty that still today controls the International Banking System, led to the creation of a manifesto: ‘The Protocols…’” The web page he linked to also appeared to have been deleted.

The Protocols of the Elders of Zion was published in Czarist Russia in the early 20th century and claim to describe a Jewish conspiracy to dominate the world.

When a Rothschild pokes Prince Charles in the chest and lectures him, it might be safe to conclude that the Rothschilds are more powerful than the British royal family.  How many other people could get away with that?  The fact of the matter is that the Rothschilds have owned England lock, stock, and barrel basically since they founded their Bank of England 300 years ago.  The entire British aristocracy has been infiltrated and replaced by wealthy jewish bankers and merchants who now dominate the peerage.

And the Jews are very proud of the power they have amassed not just in England but also worldwide, and they openly brag about their power among themselves in their own periodicals while completely denying their dominance in their fake press that caters to the goyim.  It is perfectly acceptable to claim that the Rothschilds are the world’s most powerful bankers as long as you mean it in a nice, positive way.  If you think that the Rothschilds having this much power is potentially dangerous, you’re an antisemite.