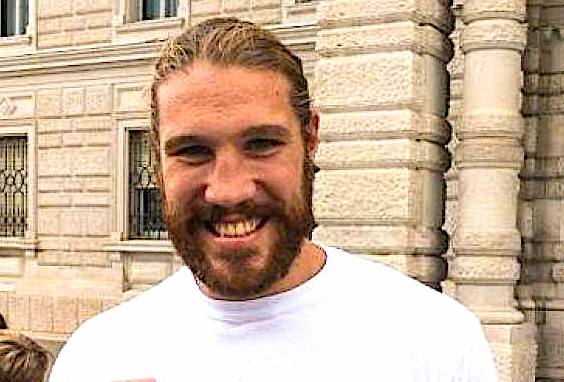 A local Italian politician said that he felt offended because a Holocaust survivor and senator for life noted that Jesus was Jewish, Italian media reported:

Fabio Tuiach, a member of the municipal council of Trieste, made the comment ahead of a council vote on a motion proposing to award Auschwitz survivor Liliana Segre the city’s honorary citizenship.

As can be seen in a video of a November-18 meeting published by Italian daily La Repubblica, Tuiach called Segre a “nice little granny” and said that he would be willing to invite her over for tea “like [right-wing League leader Matteo] Salvini did.” He added that he had the highest admiration for her considering that she witnessed one of the ugliest pages in history.

“As a devout Catholic, I was confused and also a little offended by the fact that she said that Jesus was Jewish,” he then said, slightly mumbling as he added that “he was the son of God, he was God for me; therefore I will abstain.”

In the video, it is possible to hear other council members roaring in the background.

According to the Italian online magazine Open, Tuiach, 39, is a professional boxer, and he was elected with the League, before moving to the neo-fascist party Forza Nuova, and subsequently expelled after justifying the murder of a detainee on drug charges by the Italian police forces. In the past, he also called Islam’s prophet Mohammed “a pedophile.”

His words about Jesus sparked widespread outrage and criticism, with many pointing out how, as a devout Catholic, Tuiach could have simply found out about Jesus’ Jewishness by reading the Bible.

Jews have been playing a racial shell game for thousands of years now — by their own admission, in their own books, they completely fabricated their identity as Israelites — and the Christian world bought it.

Jesus was a Judahite — not a “Jew” — which is a relatively modern term which describes a completely different people of dubious origins with admixture from many different races and cultures.

To suggest that Jesus Christ was a blood relation to Barbara Streisand, Jerry Seinfeld or Mel Brooks is so preposterous that should be utterly rejected without a second thought.

Today’s Jews have been pretending to be Judahites for the last 2,000 years — and unfortunately even the Catholic Church has granted them this undeserved racial identity which has been an unmitigated disaster for Christians who have fallen for this bait and switch con game.

But the message here is clear: when the evil “Nazis” killed 6 million “Jews”, it was the equivalent of crucifying 6 million Christs.  And if you disagree, you’re an antisemite.