Italy: Nigerian Admits to Chopping Up White Woman’s Body But Denies Killing Her 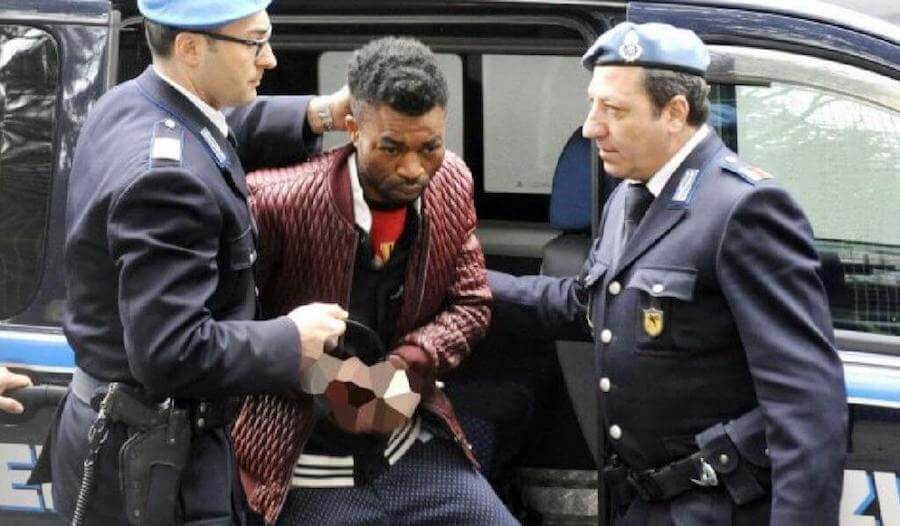 Due to how out of control the world has become with non-Whites, the real life horror stories continue:

Innocent Oseghale, the 29-year-old Nigerian accused of murdering Pamela Mastropietro in Macerata in January, has admitted to chopping up the 18-year-old Roman woman’s body but not to her homicide, sources said on Tuesday.

Mastropietro’s dismembered body was found in two suitcases near to Macerata.

Oseghale is accused of homicide and of the charges of trying to hide a body and contempt for a human corpse.

During questioning in English with investigators at Marino del Tronto jail, Oseghale said Mastropietro died of a drugs overdose at his home and he cut up her body as part of an attempt to get rid of it.

Oseghale also denied raping Mastropietro and cleared his compatriot Desmond Lucky, saying he was alone with the woman when she died.

So he chopped up her body because he was afraid that police might mistakenly think he raped and murdered her? This is the kind of egregious and transparent lies that Europeans have been dealing with ever since they first encountered Blacks on their explorations into Africa.

There is absolutely no way to comprehend the utter childlike simplicity of the African Mind compared to a White European. These two races are so fundamentally different that this liberal idea that they can live together peacefully–and on equal terms–in the same nation is the height of absurdity–and our descendants will never understand how we could have possibly ever believed such an unlikely fantasy.