Italy Plans Mandatory Crucifixes to be Displayed on All Public Buildings 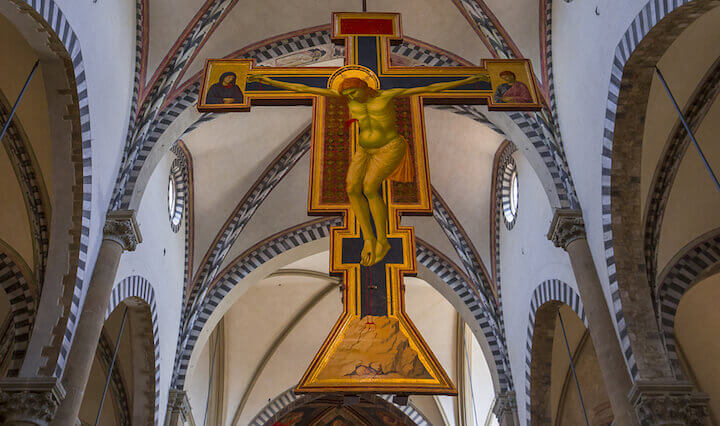 Italy is planning a new law that mandates crucifixes to be displayed in all public buildings:

Those who fail to display the Christian symbol “in a high and clearly visible place” could face fines of up to £890 (€1,000).

The law would apply to buildings including schools, hospitals, airports and prisons.

The proposals are designed to preserve “the meaning of the principles on which Italian society is based,” Rome-based newspaper Il Fatto Quotidiano reports.

Text accompanying the bill says: “Respecting minorities does not mean to renounce, delegitimise or change the symbols and values that are an integral part of the history, culture and traditions of our country”.

The plans were put forward by the right-wing Lega (League) party, led by Matteo Salvini, alongside the populist Five Star Movement which make up Italy’s coalition government.

The bill was introduced on March 26, shortly after the new parliament convened following the country’s election, and has received the backing of five members of parliament.

It will now be scheduled for discussion in the Chamber and Senate.

A previous Italian law which required crucifixes to be displayed in the classrooms of state schools was the subject of a landmark legal challenge which was taken all the way to the European Court of Human Rights (ECHR).

Of course, this is merely a symbolic gesture to combat the Islamification of Italy – and to send a clear message to the nation-wreckers that their agenda will not go unopposed.

Italy was able to be created as an integrated nation because of the unifying force of Christianity, and to suggest that Italy is now a secular nation is still wishful thinking on the part of the radical Left. Hopefully, these crucifixes will make the Muslim vampire invaders feel uncomfortable and unwelcome.