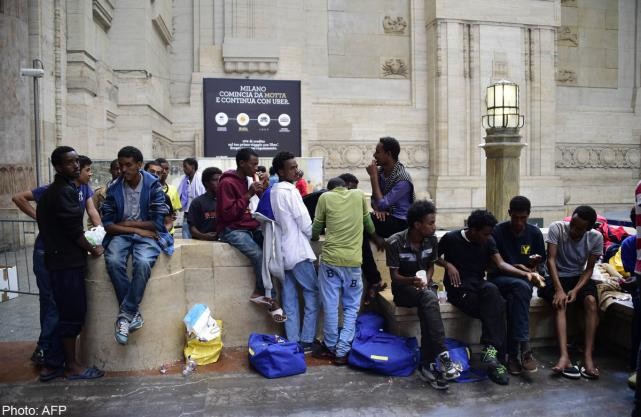 “Barely a week in office, Italy’s populist interior minister lost no time in bringing home his message: His government will make good on a campaign pledge to swiftly deport 100,000 migrants from the Mediterranean nation.

Standing next to two bus drivers who were allegedly assaulted by four migrants — one driver was still wearing a neck brace — Interior Minister Matteo Salvini boasted to reporters in the lakeside town of Como that the four “fake asylum-seekers,” whose bids for asylum had been rejected, would be rapidly deported back to Gambia and Nigeria.

“These guys won’t be taking the bus in Como anymore,” Salvini vowed.”

Comment:
Of course, the EU will hire special lawyers for each of these Africans to make it really difficult for Italy to expel them. Making matters even worse is that most countries in Africa refuse to take back these migrants, even if they are citizens in their home country. Migrants are used as pawns for corrupt African dictators who use them to extract money from the EU and White taxpayers.

Maybe the best thing would be to put them all on buses and send them to Brussels, and allow the hypocritical EU find housing and work for them.