J.K. Rowling Ensures Success of Her New Novel By Pandering To Jews 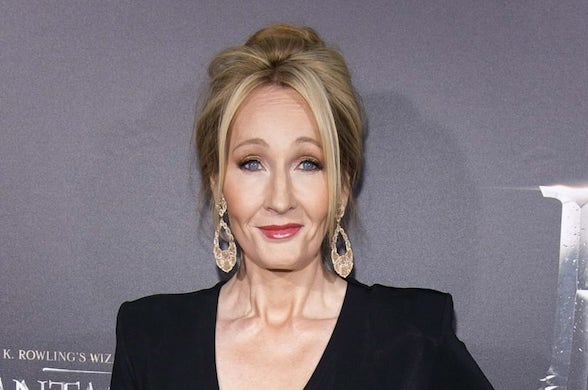 For months author J.K. Rowling has been warning about the dangers of anti-Semitism in England, sparring on Twitter with critics who either downplay the phenomenon or say its proponents are confusing criticism of Israel with Jew hatred.

Now, in her newest book, she includes a character whose obsessive anti-Zionism morphs into anti-Semitism.

“Lethal White,” the fourth series in Rowling’s Cormoran Strike mystery series, written under the pen name Robert Galbraith, features a pair of hard-left political activists who believe “Zionists” are evil and have a stranglehold on Western governments.

Rowling’s depiction of a far-left anti-Semite comes at a time of record high anti-Semitism in Britain, where she lives. Britain’s Labour Party and its leader Jeremy Corbyn have been accused of insensitivity to Jews and condoning anti-Jewish sentiments within the party’s ranks. Corbyn previously defended a grotesquely anti-Semitic London mural depicting Jewish bankers, and referred to his “friends” in terror groups Hamas and Hezbollah, though he’s said he now regrets these positions.

A September 2018 poll found that nearly 40 percent of British Jews would seriously consider emigrating if Corbyn became prime minister — as polls show he might.

The latest novel isn’t the first time the author of the Harry Potter series has commented on the dangers of anti-Semitism.

“Most UK Jews in my timeline are currently having to field this kind of crap, so perhaps some of us non-Jews should start shouldering the burden,” she wrote in April, in response to a critic who said Judaism is a religion, not a race. “Antisemites thinks this is a clever argument, so tell us, do: were atheist Jews exempted from wearing the yellow star?”

Rowling, who is not Jewish, also shared with her 14.4 million Twitter followers examples of posts she’d received that denied anti-Semitism was a problem.

…In 2015, Rowling declined to endorse open letters calling for a cultural and academic boycott of Israel and signed by over 1,000 British authors and opinion leaders. Instead, she joined 150 other writers and artists in penning an alternative letter opposing singling out Israel for opprobrium.

“Israelis will be right to ask why cultural boycotts are not also being proposed against…North Korea,” her Oct. 23, 2015 letter declared. Instead of boycotts, the letter said, “Cultural engagement builds bridges, nurtures freedom and positive movement for change.”

There’s no better way to kick start a sagging career than publicly defending Jews or Israel.  Since Jews do, in fact, control most of the publishing industry, and J.K. Rowling is, no doubt, fully aware of this, we should see her new pro-Zionist novel as nothing more than pathetic groveling to her paymasters.

But it’s not as if Rowling needs the money — she’s doing this because deep down she knows that outside of Harry Potter, no one really cares what she writes from now on.

As a quid pro quo, we can predict that the press will issue favorable reviews to Rowling’s new novel, but chances are the public won’t buy it.  They want more Harry Potter without the lecturing on Zionism and Israel.

She has taken the thirty pieces of silver from the Jews, and lost her soul in the process.