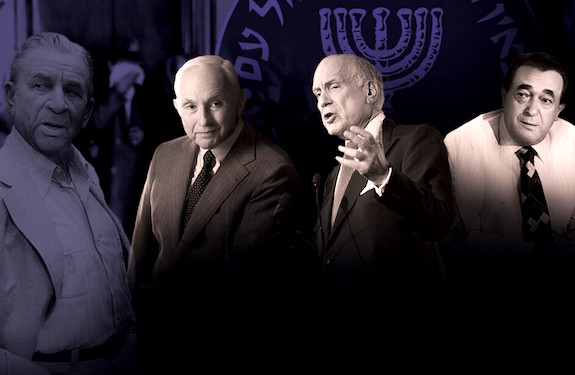 Jeffrey Epstein’s apparent suicide couldn’t have come at a better time, just as the courts released thousands of pages of evidence connecting his pedophile network to the ‘Mega Group,’ an elite cabal of jewish billionaires, who have strong ties to organized crime and the Israeli Mossad:

A gurney carrying a man who looked like Epstein was wheeled into New York Downtown Hospital around 7:30 a.m.

A call for a reported cardiac arrest came in at 6:38 a.m., Fire Department sources said.

Two weeks ago, Epstein, 66, was placed on suicide watch after he was found nearly unconscious in his cell with injuries to his neck.

The multimillionaire financier was being held without bail pending trial on child sex-trafficking charges.

Epstein was busted July 6 over the alleged sexual abuse of dozens of young girls in his Upper East Side townhouse and his waterfront mansion in Palm, Beach, Florida, between 2002 and 2005. He pleaded not guilty and faced up to 45 years in prison.

Mega’s tentacles reach into the highest levels of international intelligence organizations and organized crime, according to Webb.

Members of this Mega Group are the “untouchables,” and to ensure that they remain so, Epstein had no choice but to agree to commit suicide, or at last appear to.

Any future reports of Epstein being seen entering the office of a prominent plastic surgeon in Tel Aviv will be ridiculed and dismissed by the mainstream press.

And when Epstein’s victims attempt to sue his estate, they will shockingly discover that he was broke and had no assets in his name — or some other Talmudic technicality.