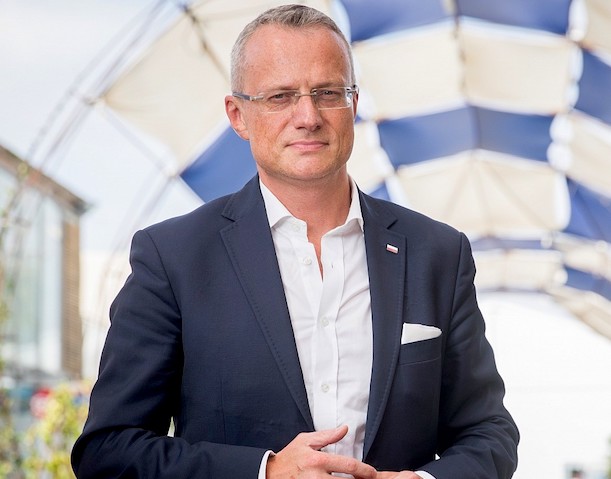 Poland’s ambassador to Israel, Marek Magierowski, said he was attacked and spit upon Tuesday afternoon by a man in the street near the Polish embassy in Tel Aviv:

Magierowski said that he was outside the embassy building on Soutine Street when a man assaulted him and shouted at him.

The ambassador said that all he could make out from the shouting was “Polish, Polish,” but managed to take a picture of the attacker and his vehicle, which he then handed over to police.

Police on Wednesday morning said they had arrested a man whom they suspect spat at the ambassador.

The incident comes amid a bitter standoff between Poland and Israel over how to remember the Holocaust and over demands that Poland pay reparations for former Jewish properties that were seized by Nazi Germany and later nationalized by Poland’s communist regime.

Polish Prime Minister Mateusz Morawiecki condemned the attack in a tweet, calling it “racist” and “xenophobic.”

Poland’s foreign ministry says it has summoned the Israeli ambassador in Warsaw, Anna Azari, to explain why the ambassador was assaulted.

Israeli Foreign Ministry spokesman Emmanuel Nahshon said the assault was being investigated and expressed “fullest sympathy to the ambassador and our shock at the attack.”

He later reiterated the statement in response to Morawiecki’s tweet, while vowing to update Polish officials on the investigation.

The suspect was identified as Arik Lederman, 65.

Lederman’s attorney told the court at his remand hearing that he had gone to the Polish embassy to inquire about Jewish property abandoned after the Holocaust. He said the embassy guard had addressed him with an anti-Jewish slur and that the ambassador’s driver had beeped his car horn at him as he walked on the street outside.

Jews have become spoiled and arrogant, taking it for granted that all goyim nations will immediately cave to their demands for “reparations” — you can’t “murder” 6 million™ Jews and not pay up — dearly.

And when Jews murder millions of the Christian goyim — under communism, for example — the Jews will demand reparations for that, too — just imagine the horror that the Jewish Bolsheviks went through having to murder millions of goyim who resisted their Jewish supremacy.

Spitting seems to be a common way that Jews express their displeasure  — they routinely spit on Christians in Israel outside of churches on Sunday, for example, so much so that the Israeli leaders have had to address this ‘problem’ with a slap on the wrist.

But the Poles understand that whether they pay off the Jews or not, the Jews will hate them anyway — from a Jewish perspective, if you’re stupid enough to cough up money for their lies, you deserve their contempt.

And even though far more Poles were killed by the Germans in World War II than were Jews, it’s only Jewish suffering that’s worthy of monetizing.