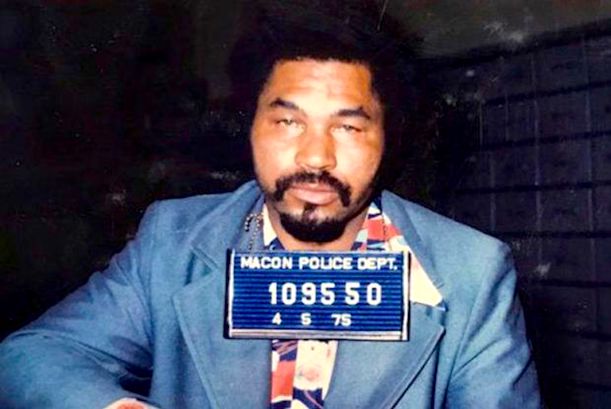 Eleanor Goldfield, a jewish radical who adovates the abolition of prisons as part of her larger nation-wrecking agenda, has ‘somehow‘ managed to get one of her essays published by Russia Today, a major news outlet, in which she lays the crimes of Samuel Little, the world’s most prolific serial killer, at the feet of ‘racist’ White people:

Serial killer Samuel Little could have been stopped decades ago. But his victims were mostly black, women of color and/or sex workers, not “senators or fancy journalists.” The system allowed him to kill the already-discarded.

In January 2013, Samuel Little was convicted of murdering three women in Los Angeles during the late 80s. Already before then, he had been in prison and arrested for kidnapping and beating women. In fact, he had already been charged with murder in Mississippi in 1982 where a grand jury failed to indict him. In 1984 in Florida, he was acquitted in another murder case. This seemingly old news, along with other violent crimes he committed, would likely have remained buried were it not for a deal struck last year.

In exchange for a prison transfer, Little started talking, and he started drawing. He sketched and confessed to killing 93 people, almost all women of color, that he says he murdered between 1970 and 2005 across 16 states. Fast-forward to October 6 of this year, and according to an FBI press release, 50 of his murder confessions have been verified.

…ViCAP Crime Analyst Christie Palazzolo said herself that “For many years, Samuel Little believed he would not be caught because he thought no one was accounting for his victims.” She says it as if it weren’t true, but isn’t it?

In an interview with journalist Jillian Lauren in 2018, Little described his systemic invisibility cloak when Lauren said that she could have been one of his victims. “I never killed no senators or governors or fancy New York journalists. Nothing like that. I killed you, it’d be all over the news the next day. I stayed in the ghettos.” He knew that the best places to be a monster were in the very same places that the system had been a monster. The very best people to oppress and break were the people whom the system had already oppressed, had already broken.

As a prison abolitionist, I do not advocate for more bodies to be thrown to the prison industrial complex and its torture cages. The need for accountability and separation of serial killers and rapists from society, and the call to abolish prisons are not mutually exclusive demands. Rather, they are two parallel tracks of a system built on believing survivors, anti-racism, feminism, and the valuing of life.

Jews like Greenfield are raised on the mother’s milk of God-less Marxism, and they see everything through the cartoonish prism of “oppression” and “patriarchy” with no personal accountability necessary for the “marginalized”.

It’s not White society that devalues the lives of “people of color”; rather, it’s the people of color who devalue each other’s lives and treat each other as less than human.  The leading cause of premature death among Black women is violence at the hands of Black men, and the deeds of Samuel Little completely confirm that disregard for the value of black lives within the Black community.

Blacks are murdered every day by other Blacks in the most violent and random acts, yet the Black community accepts that without protest, but the second a White cop shoots a career Black criminal who has spent his life victimizing other Blacks, the Black community screams “Racism!” exactly as their Jewish handlers, like Eleanor Greenfield, have trained them.

Blacks need to stop listening to their jewish overlords and start taking responsibility for their own communities and for each other, but we won’t hold our breath waiting for that to happen.